A Soft Rock Evening with Colin & Joe of Watershed – Sold Out 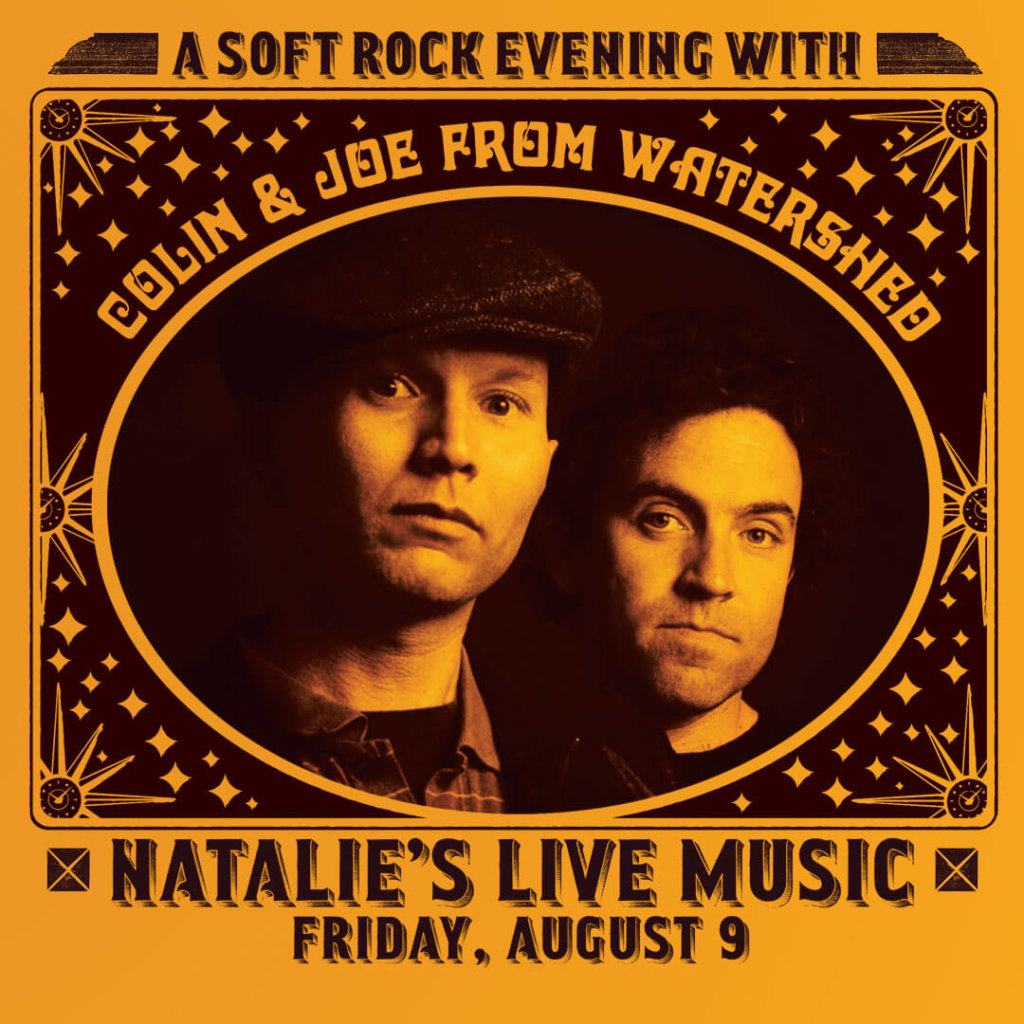 Natalie’s presents an acoustic evening of stories and songs with Colin Gawel and Joe Oestreich, the founding members of Columbus rock stalwarts Watershed, who have covered a lot of ground in the name of rock and roll. After dropping out of college, they signed with Epic Records and sipped champagne in long, white limousines. Then they stuffed themselves into a Ford Econoline and they’ve been living off beer and beef jerky ever since. They humped their amps through the doors at CBGB 10 times. They’ve played the House of Blues on the Sunset Strip, The Metro in Chicago, and The Rat in Boston. They’ve shared the stage with Wilco, Ben Folds, Tommy Stinson, Cheap Trick, The Smithereens, Insane Clown Posse (no shit) and long list of has-beens and wannabes. Their catchy, three-minute rock gems have been featured on Gene Simmons Family Jewels and on MTV’s The Dudesons, Laguna Beach, Date My Mom and Made, and they’ve been in-rotation on radio stations from South Carolina to Seattle. Bassist Joe Oestreich has also authored the best-selling memoir, Hitless Wonder: A Life in Minor League Rock and Roll, which tells the story of Watershed’s 20-plus year haul through the music biz bush leagues.