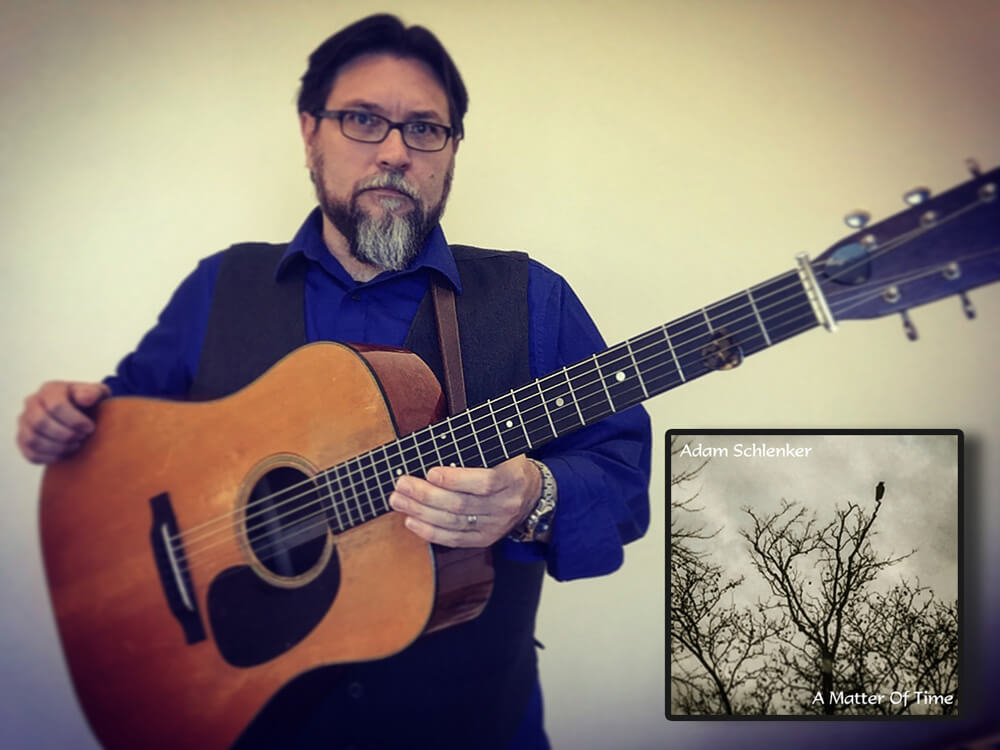 Adam Schlenker is a flat pick guitarist from southern West Virginia who has been featured in and contributes to Flat Picking Guitar Magazine. He is the founder of 5th Fret Productions, and is currently an artist/instructor in residence at the McConnel Arts Center in Worthington, working with private students and coordinating the Acoustic Root Music Ensemble Series. Andy Carlson has won numerous fiddle contests, and as a studio musician and string arranger, he has recorded for a number of major labels and worked with artists such as R.E.M., Nanci Griffith, Billy Bragg, and the Cowboy Junkies.