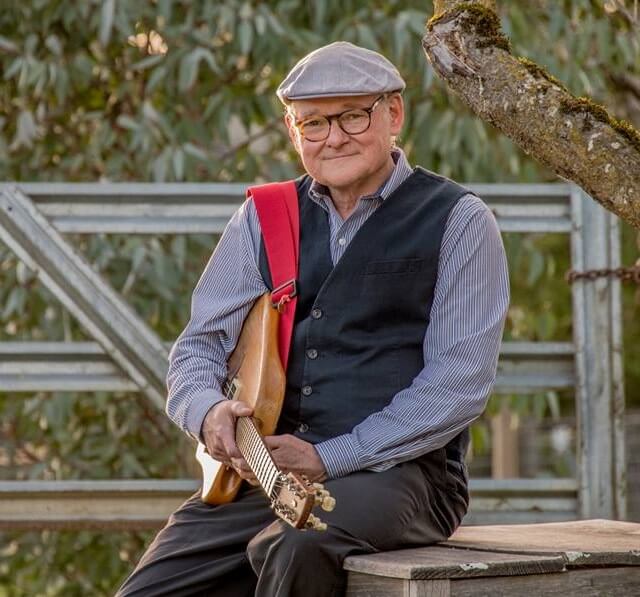 Globally acclaimed by critics and fans alike for his unique acoustic and electric finger-style guitar playing, Adrian Legg masterfully blends diverse musical styles, influences and inspirations to create a distinctive sound all his own. With multiple awards and accolades spanning four decades, Legg has been heralded as a “guitarist of astonishing virtuosity, (whose) imagination and melodic invention seem unbounded,” (Q magazine); “ridiculously talented,” (Music Week); and “simply the best acoustic guitar player I’ve ever heard.” (guitar icon Joe Satriani). Setting the stage for his international success in the decades to follow, Legg was named as Acoustic Guitarist of the Decade by UK’s Guitarist Magazine (1984-94), and Best Acoustic Fingerstylist in Guitar Player Magazine’s Readers’ Poll for four years in a row (1993-96).

But there’s even more to Adrian Legg’s draw as an engaging, one-of-a-kind performer. Described by Audio Magazine as a “kind of cross between Robert Fripp and Garrison Keillor,” Legg is more fully characterized as a “genuine entertainer who excels at not only painting pictures, if not frescoes, and telling stories with music — but also wittily regaling his audiences with tales from his life and travels and his cogent and often oblique yet thought-provoking observations on a spectrum of topics. It’s all part of his dedication to making his performances a full-blooded emotional experience.”

Over his career, Legg has released a dozen or more recordings of his original compositions, which are consistently described as “thrilling, engaging, emotionally compelling and evocative.” Loyal fans around the globe enthusiastically appreciate Legg’s witty, entertaining stories, often shared in between songs onstage and on his live albums. As noted by popular BBC radio personality Andy Kershaw, “Quite simply, there is no one else like him,” citing Legg’s “dazzling technique and equally large dollops of spirit, humor, passion, eclecticism and spontaneity.”

In addition to his well-honed gifts as a performer, Legg is an innovator in guitar design and amplification technology, an instructor, photographer, writer, author, and an at-large commentator for National Public Radio’s “All Things Considered” which still regularly uses many of his varied guitar interpretations of its theme music.