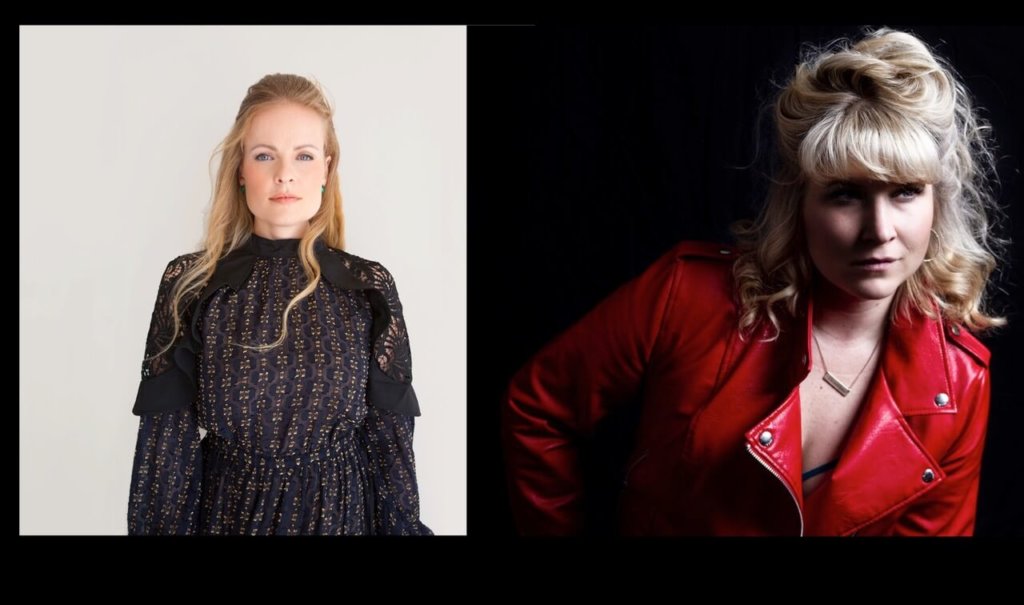 It was after Alice Wallace’s return to her birth state of California 12 years ago that she fully embraced her calling as a singer-songwriter. She grew up around the sounds of her parents playing guitars and singing, with “Gram Parsons and Emmylou Harris, their favorite,” she recalls. She also absorbed the country-rock of ‘70s-era Linda Ronstadt on the turntable. She first picked up a guitar at age 10, with her dad teaching her to finger-pick at 15, and by senior year in high school, Wallace was performing original compositions at the local Borders bookstore. December 2019 saw another big change for Wallace when she decided to leave her beloved California after almost 12 years and move to Nashville to continue honing her craft.

After beginning her songwriting career in Brooklyn, Caitlin Cannon has since toured nationally with projects “Caitlin Cannon and the Artillery” and “The Cannondolls” warming festival stages for the likes of David Olney, Eilen Jewel, Whitey Morgan, The Revered Horton Heat, and more. To sharpen her chops, she writes a variety of tunes, some of which have been featured on The Hills, Selling Sunset, Siesta Key, and Democracy Now. Her first solo release, The ‘countrypolitan’ romp “The TrashCannon Album” (produced by Megan Burtt) was given the highest rating of any album so far in 2020- 9.5/10 and “Two Guns Up” by Saving Country Music.

“Forthright as they are, Cannon says that digging [is] easier than skirting the issues, or making up fictional stories… Indeed talking about some gritty issues.” -BILLBOARD

“Cannon’s voice is by turns sweet, sassy, and big enough to fill an arena. She shows that not only is she a good singer and songwriter, but also a good storyteller.” -GLIDE MAGAZINE