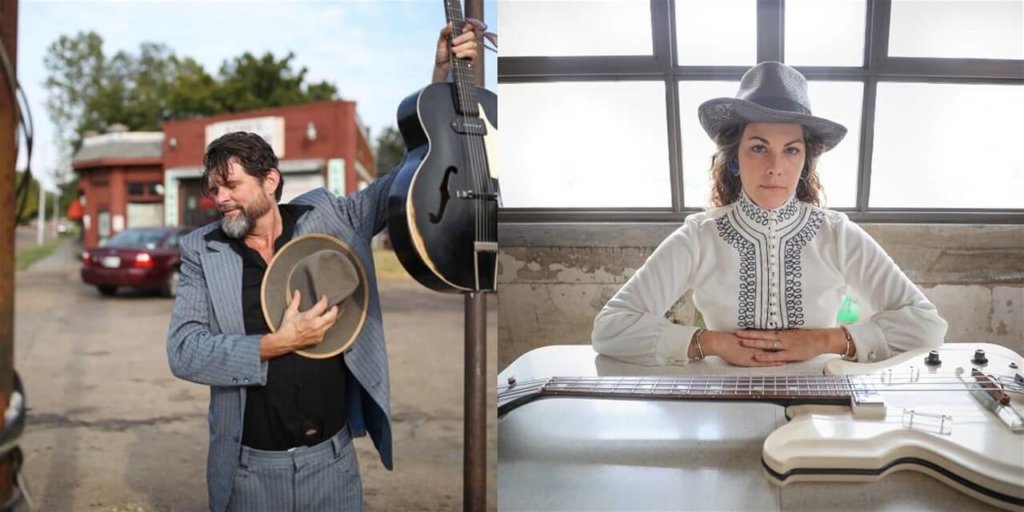 Amy LaVere is well known among songwriters and critics alike; NPR’s Robert Siegel says she “specializes in lyrics that are more barbed than her sweet soprano prepares you for.” Her growing catalogue of material and steady critical acclaim suggest a first-tier presence on the Americana and indie-folk/punk circuits. Her latest album Painting Blue, produced by her husband Will Sexton, captures perfectly the moment that Amy is in. Will Sexton’s masterful production and Amy’s soft, clarinet-like vocal pour over you, pushing and pulling, stirring and calming.  As we’ve come to expect, this record is honest, revealing and sounds uniquely like no one else.

Will Sexton, whose writing credits range from work with Waylon Jennings and Stephen Stills to Joe Ely and Bill Carter, is shaped by the unique diversity of the Austin music scene. Fate and his own sheer talent placed him on stage with local legends before he’d lived out his first decade. Will and his big brother, Charlie, started playing together at the Continental Club when Will was 9 and Charlie was 11. Many of the sounds of his childhood still resonate in his current work. Will received early success in Austin and was signed by MCA at age 16. Will recently teamed up with New Orleans veterans The Iguanas for a 10-track roots-rock album, Don’t Walk the Darkness, his first in over a decade, which will be released by Big Legal Mess on March 6, 2020.