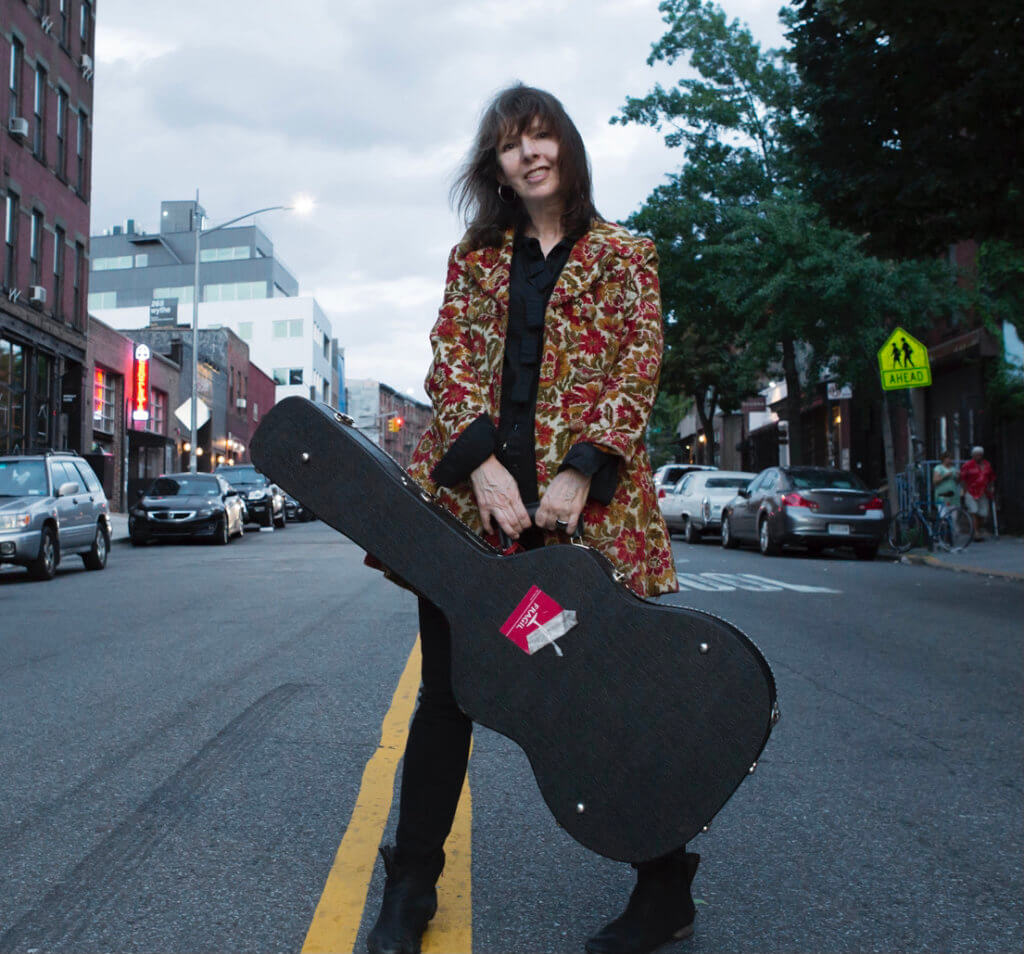 Amy Rigby sets the small details and truths of everyday life to vivid music.  From debut Diary Of A Mod Housewife to her most recent album The Old Guys, she’s tackled themes often associated with country and folk— getting by; getting older— from an ardent rock music fan’s perspective. Her honest, imaginative songs and performances take listeners places they don’t expect to go and leave them smiling, tearing up and nodding in recognition. Celebrating creative heroes (Dancing With Joey Ramone; From [email protected] to Rzimmerman at aol dot com) to marital torpor (Are We Ever Gonna Have Sex Again) and love for the whole damn world (Don’t Ever Change) —well maybe not the whole world (The President Can’t Read)—Rigby tackles modern-day feelings and foibles in arresting lyrics, on her trusty Gibson acoustic, electric 6 and 12 string guitars. Her energy and enthusiasm for pop, punk, psychedelia, garage and good old songcraft spill out on record and across the stage.

“Singer-songwriter…doesn’t fully describe Rigby’s immense gifts and her devotion to the kind of pop and rock music that singer-songwriters often neglect.” —Nashville Scene

“…one of the country’s best songwriters, with a mordant wit and keen eye for emotional detail.” —Chicago Reader

A teenage denizen of CBGB who fell in love with country songwriting, Rigby started bands Last Roundup and the Shams in NYC’s East Village before launching a solo career. Her song Don’t Break The Heart has been recorded by Laura Cantrell and They Might Be Giants’ John Flansburgh, and All I Want by Ronnie Spector who included it on The Very Best Of Ronnie Spector right up there with Be My Baby. Amy has contributed writing to the Village Voice, Talkhouse and Slate. Her first book, Girl To City: A Memoir was published in 2019. She spent the pandemic creating a podcast version of Girl To City as well as Looking For The Magic, a music podcast with writer Elizabeth Nelson.  In 2020 she released single/video “Vote That Fucker Out” with husband and sometime duo partner Wreckless Eric. Amy was interviewed by Terry Gross for NPR’s Fresh Air in early 2020.

She tours regularly when such a thing is possible and is working on a second memoir, Girl To Country, as well as an album of new songs to be released in 2022.