An Evening with Peppino D’Agostino 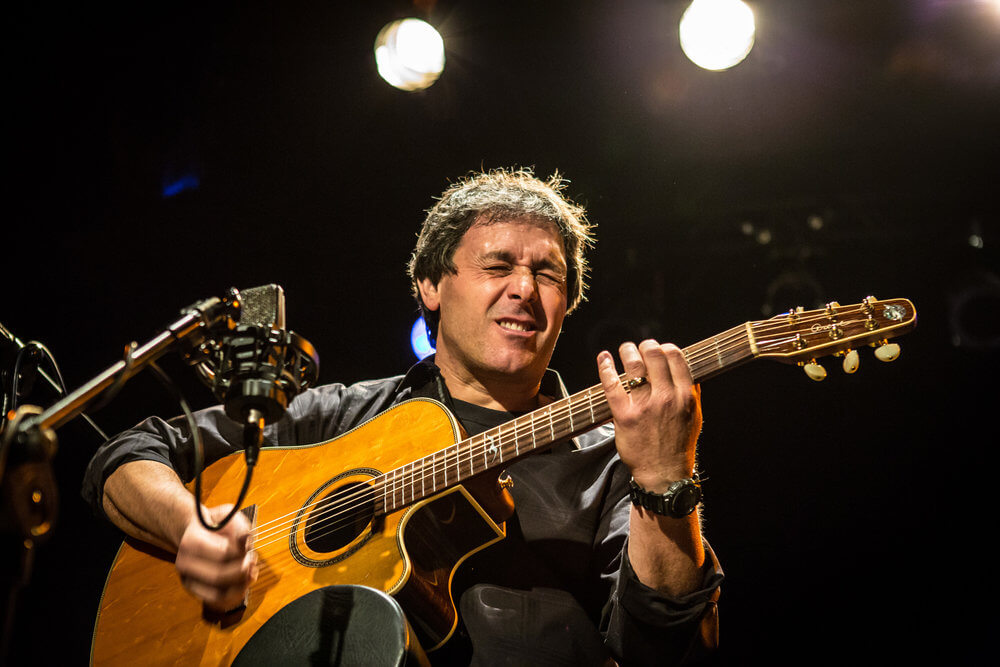 A native of Italy, Peppino D’Agostino has made his considerable international mark as a guitarist since he arrived in America 33 years ago. In 2017, Guitar Player listed him as one of the 50 transcendent superheroes of the acoustic guitar. His album Every Step of The Way was awarded by Acoustic Guitar’s People’s Choice Awards with a bronze medal for Best Acoustic Album of All-Time. His signature Seagull acoustic guitar has been voted among the 10 best signature guitars by Guitar Player magazine. Peppino gives guitar workshops, master classes and seminars worldwide. Top leading publishers such as Truefire, Alfred Publishing, Hal Leonard and Acoustic Guitar Magazine Books have published his compositions and instructional methods. To date, Peppino has recorded 18 albums and performed in over 33 countries at international festivals and concert halls. He has shared the stage with such greats as Larry Carlton, Eric Johnson, Tommy Emmanuel, Leo Kottke, Martin Taylor, Roland Dyens, David Tanenbaum and many more. D’Agostino’s latest solo CD Penumbra was released by Mesa Blue Moon Recordings.