An Evening with Richard Smith 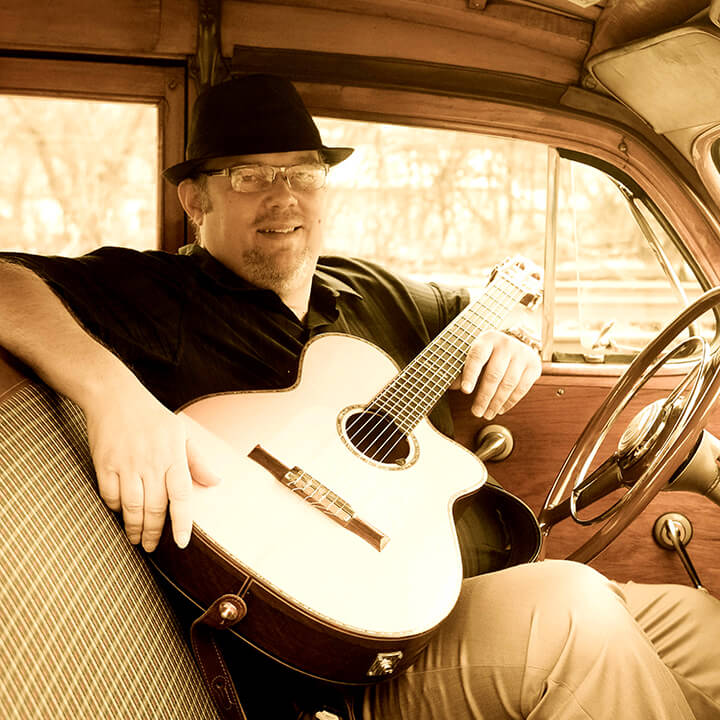 Having witnessed one of his live performances, fellow musicians and music lovers alike sing hymns of praise about world-renowned finger-style guitarist Richard Smith. His ever growing repertoire comprises a wide variety of music from classical Bach to Beatles pop. It includes Scott Joplin rags just like Sousa marches, Chopin, Mozart and fiddle tunes. It ranges from jazz standards to Chet Atkins and Jerry Reed and to Django Reinhardt gypsy swing, not to mention his intriguing originals. He delivers both, lightning fast barn-burners and beautiful ballads, occasionally spiced with vocals.

Richard first met his hero, the “Godfather” of finger-style guitar, Chet Atkins, when he was only 11. Richard was invited by Chet to share the stage with him at Her Majesty’s Theatre in London in front of an audience of 1,000. At first, the master accompanied him, but later on he just listened in stunned silence while the child played Chet’s own arrangements…perfectly. By the time Richard reached his early twenties, both Chet Atkins and Jerry Reed began to refer to him as their “hero”.

Now residing in Nashville, Richard has toured the world as a solo artist, teaming up with his wife Julie Adams for a unique guitar and cello duo, performing with his brothers Rob and Sam as the Richard Smith Guitar Trio and with his swing band, The Hot Club of Nashville, featuring Stuart Duncan on fiddle, Pat Bergeson on guitar and Charlie Chadwick on bass. Fellow guitar wizard Tommy Emmanuel prefers Richard Smith as one of his favorite duet partners.