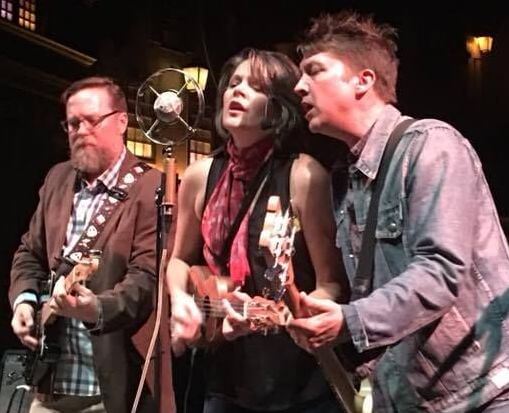 Anne E. DeChant is an award-winning Nashville recording artist originally from Cleveland, where she was a five-time Singer-Songwriter of the Year.  She has performed with Stevie Nicks, Edwin McCain, Joan Armatrading, Sheryl Crow and Melissa Etheridge, and has played venues ranging from the Clinton White House to such storied listening rooms as Nashville’s Bluebird Café, Moonlight on the Mountain in Birmingham, and the Evening Muse in Charlotte.

DeChant’s name derives from the French  “of song”, a birthright clearly expressed through an undeniably unique voice and songwriter’s perception. She began her 20+ year career as the dynamic lead singer for the folk-rock band “Odd Girl Out”, culminating in the powerhouse solo artist she is today with eight critically acclaimed studio album releases to her credit. DeChant’s beautifully crafted, poignant songs create worlds where each story lives. Her commanding voice and perfectly nuanced delivery move the listener from one world to another with mesmerizing effect.

Anne E.’s signature song, “Girls and Airplanes,” about women breaking down barriers, has been featured on the soundtrack of the Hollywood film, “The Hot Flashes,” starring Brooke Shields, and the critically acclaimed documentary film, “The Vetters: All We Needed”; and has become a staple for Cleveland’s Windsong Chorus. Frontiers of Flight Museum (Love Field, Dallas) has added the anthem to its prestigious archive collection.

DeChant is touring in support of her 2018 recording, “Lost in Kentucky”, hot on the heels of her most recent studio album, “The Sun Coming In”, where the first single “Sunday Morning Drive”, climbed ot #1 on the Roots Music Report’s national chart, with the album at #6