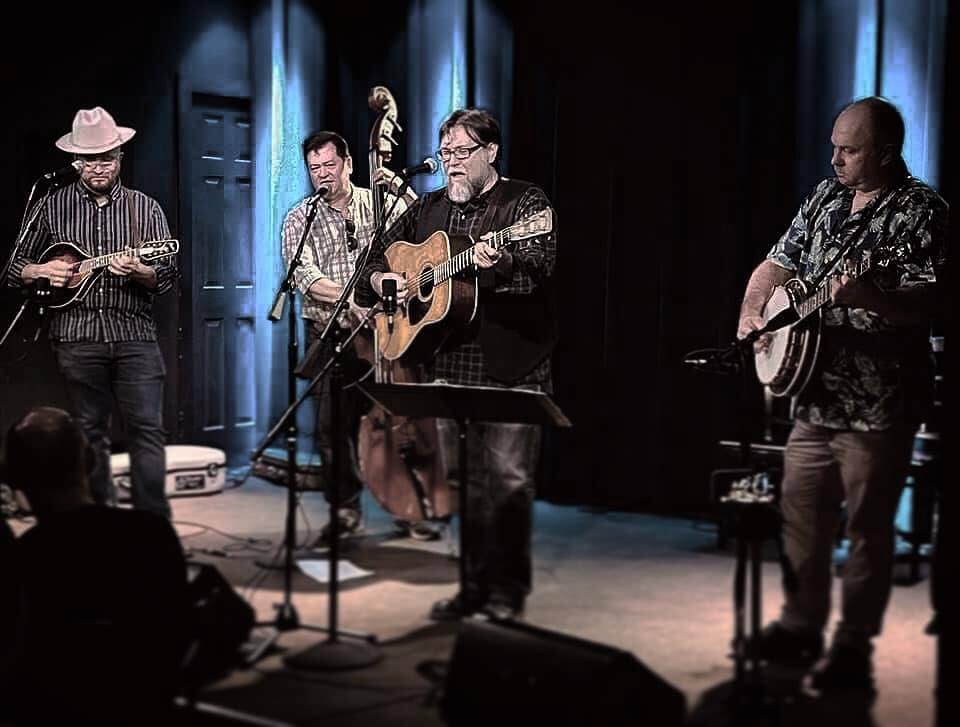 Appalachian Swing is an exciting new band that emerged in 2021 from the American Roots Recap concert series developed by Adam Schlenker and Hayes Griffin at Natalie’s Worthington which showcases different eras and sounds of American Roots and string band music. Taking their name from the Kentucky Colonels iconic album, Appalachian Swing, Adam Schlenker (guitar), Hayes Griffin (Mandolin), Todd Sams (banjo) and George Welling (bass) have developed a group that is not a cover or tribute band as much as a band that is building its sound around the Kentucky Colonels brand of bluegrass. Keep an eye out for Appalachian Swing around the tristate area and for their first album this fall.

Adam Schlenker is known worldwide for his flatpicking and bluegrass guitar skills. He is also a renowned educator as the Coordinator of American Roots Music Studies at Denison University and founder of 5th Fret Productions. Hayes Griffin is a multi-instrumentalist and music educator with over a decade’s worth of experience touring with acts like Canadian fiddler April Verch and progressive bluegrass band Newtown, whose album Harlan Road featured Griffin’s guitar work and debuted at #8 on the Billboard Bluegrass Charts. Todd Sams is an award-winning banjo player and master luthier who’s guitars are played by countess pickers around the world. George Welling rounds things out on the bass, and as a veteran of the DC bluegrass scene, George knows how to hold a band together.