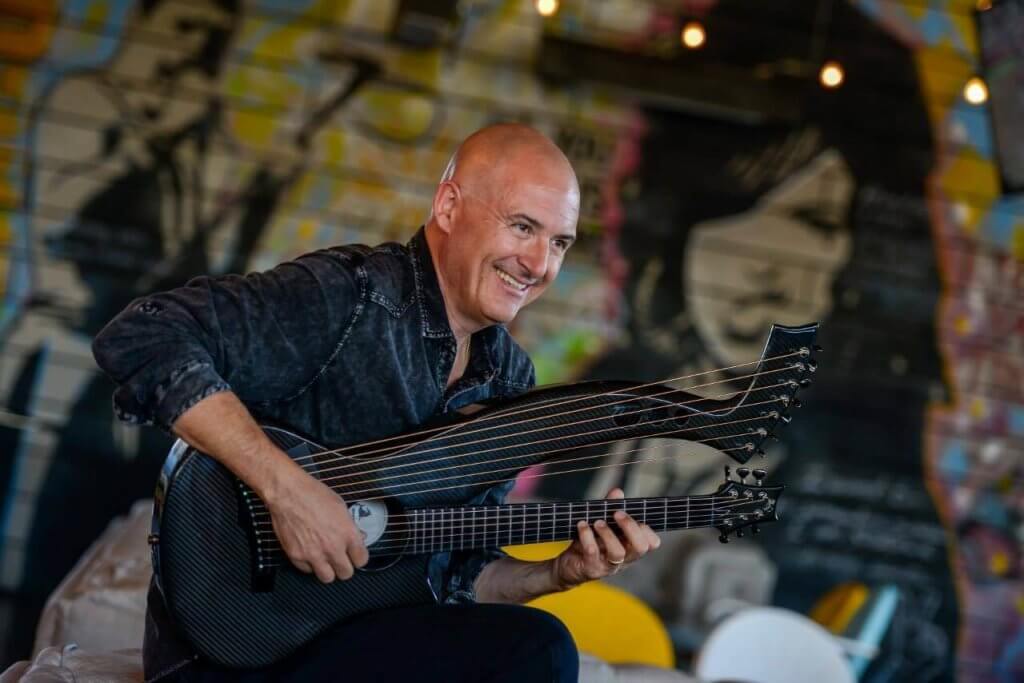 When Bill Dutcher picks up an acoustic guitar, the music that fills the room cannot be branded with a simple sentence. When you see him play live you’re experiencing an event that shatters the pre-conceived notion of what a solo acoustic artist is capable of. You’re witnessing the fusion of six strings, ten fingers, unorthodox instruments and various electronics blend a unique cocktail of rock, blues, classical, middle-eastern and Celtic flavors into an acoustic symphony.

Born and raised in Dublin, Ohio, he played electric lead guitar in various successful bands throughout the Midwest before relocating to Phoenix to bring his music to new audiences. When performing live, Bill’s exotic tunings, two-handed tapping and percussive techniques, along with his ability to keep listeners captivated, has won over audiences nationwide.