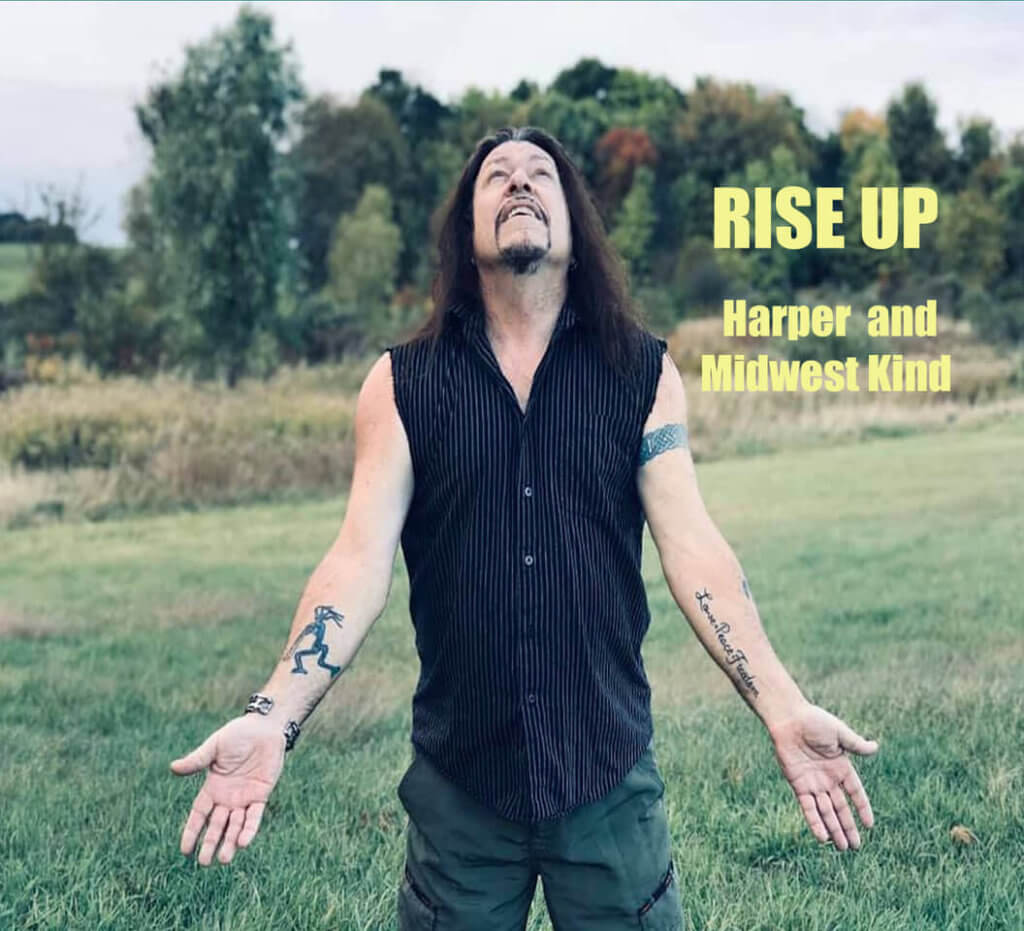 Sean Carney’s BluesFray Tuesday series continues with the award-winning Australian singer-songwriter/virtuoso harmonica player Peter D. Harper, who will be celebrating the release of his latest release RISE UP. Now based in Detroit, Harper creates a heady mix of roots music through his creative use of the harmonica and the haunting drone of the didgeridoo.

Peter D. Harper is known for his powerful soulful voice and a deep, almost mystical approach to the roots genre. RISE UP follows the highly acclaimed Show Your Love, which reached #3 on the Billboard Blues Charts and stayed in the top ten for an incredible six months. Harper is backed by his talented Detroit based touring band, Midwest Kind, which features Austin Johnson on guitar, Lee Lewis on bass, Reggie Wilson on drums and Bobbi Llewellyn on backing vocals and percussion. Harper has received an amazing 14 Blues/Roots Music Awards (including a Gold Record) in the USA, United Kingdom, Australia and Canada. He recently won a Detroit Music Award for Outstanding Vocalist.

Sean Carney’s BluesFray Tuesday is sponsored by The Middlefield Banking Center, with Central Ohio locations in Dublin, Westerville and Sunbury. The series is held on the first Tuesday of each month, featuring Sean as host and performer, along with a variety of national and regional blues acts. An internationally known blues guitarist/singer, Sean also founded Blues for a Cure, a foundation that raises money for cancer research, education and screening organizations across Ohio.