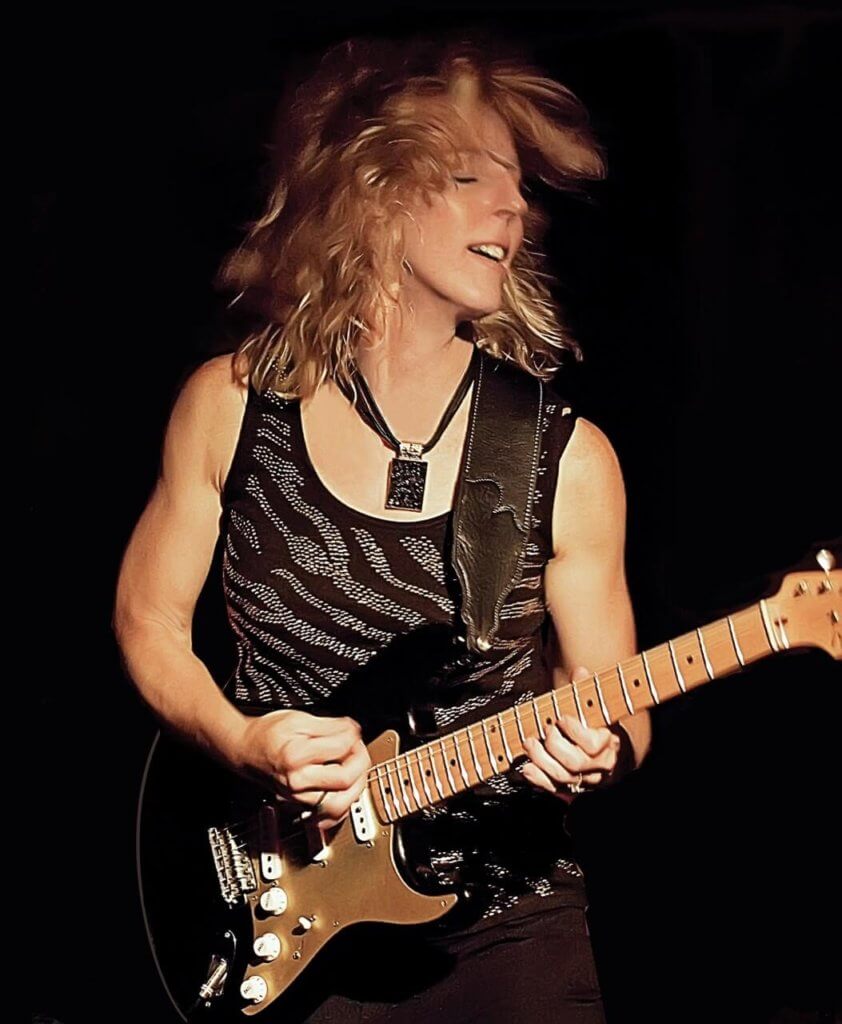 Sean Carney’s BluesFray Tuesday series continues with the Laurie Morvan Band, who will share the stage with Sean Carney on guitar. The Laurie Morvan Band is a five-piece, high-energy, rockin’ blues band lead by its fiery female lead guitarist/vocalist. A pumpin’, thumpin’, tight-as-nails machine from Long Beach, CA, the LMB has fired up over 70 festivals and 700 shows together throughout the USA, Canada and Europe.

Laurie’s much-anticipated sixth album, GRAVITY, (released in 2018) was an immediate hit with both fans and critics. GRAVITY was nominated for Best Blues Album of 2018 in the prestigious Downbeat Reader’s Poll. The Laurie Morvan Band has also garnered the attention of the international market with a nomination for Best New Artist in the Independent Blues Awards.

“Tasty yet blistering Strat work that hits all the right notes and overflows with soul.” – Vintage Guitar

“Laurie is one hell of a great guitarist and if you have not had the pleasure of seeing her, put it on your must do list!” – Blues Blast

“Morvan has all the soulfulness of Bonnie Raitt and the swaggering, muscular guitar tone of Stevie Ray Vaughan.” – News Gazette

Sean Carney’s BluesFray Tuesday is sponsored by The Middlefield Banking Center, with Central Ohio locations in Dublin, Westerville and Sunbury. The series is held on the first Tuesday of each month, featuring Sean as host and performer, along with a variety of national and regional blues acts. An internationally known blues guitarist/singer, Sean also founded Blues for a Cure, a foundation that raises money for cancer research, education and screening organizations across Ohio.