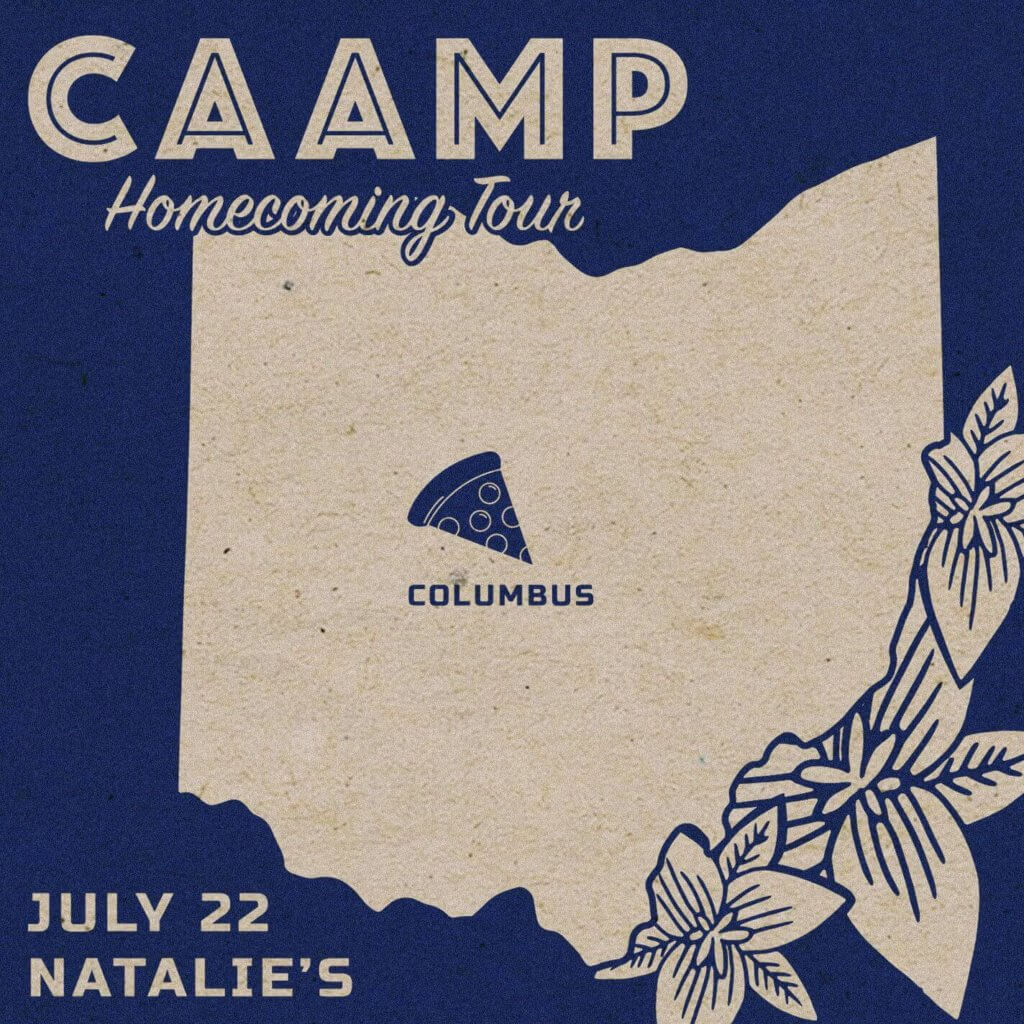 Natalie’s is proud to present a surprise homecoming concert featuring Columbus trio Caamp. The band formed when Taylor Meier and Evan Westfall (a former Natalie’s employee!) met and bonded over a shared love of music and a shared love of home, specifically the inspiration they culled from the Midwest lives they grew up in. The two began writing and performing and quickly grew a rabid fan base. A self-titled 2016 debut album took flight, quickly gaining over 52 million streams, with a staggering 25 million streams for their single “Vagabond” alone. The band’s fan base is no fluke, Caamp’s live shows are transcendent, communal experiences and they’ll take their show to new places throughout 2019. Evan and Taylor brought on a third member and longtime friend, Matt Vinson, to join on bass just before recording their newest album By and By, out July 26th on Mom + Pop Records. By and By broadens Caamp’s repertoire without sacrificing the intimate feel of their early work.