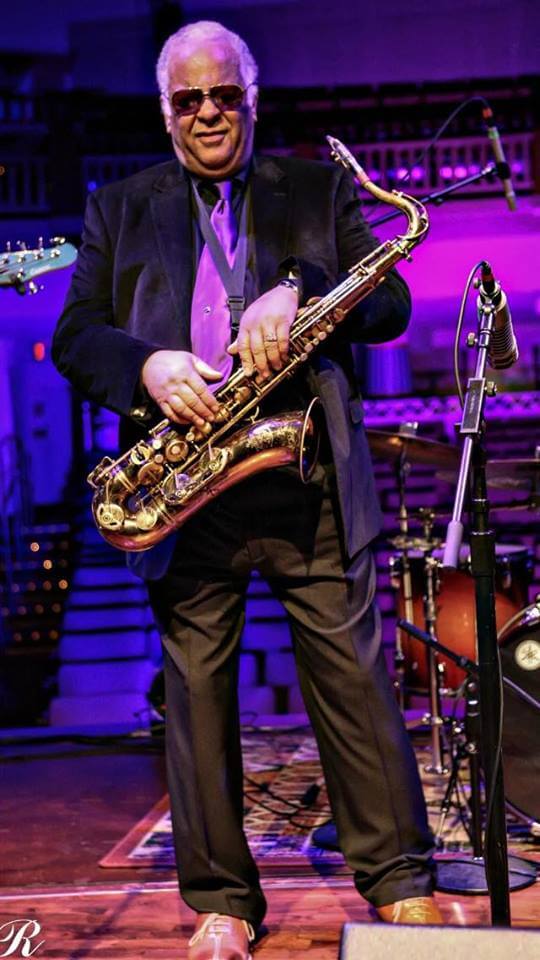 Carl Sally, a world-class saxophonist and Columbus native, started his first professional band in 1956, and went on to play many venues and engagements, including going on the road with the great rock and roll guitarist Chuck Berry. They traveled and played top night clubs in New York City, Boston, Montreal, Toronto and many stage shows throughout the rest of the United States.

During this time, Carl recorded and performed with a number of top groups, including the Dells, the Five Keys, and the Everly Brothers. In the early 1960s, he played in New York City with many of the Latin jazz greats such as Tito Puenta, Tito Rodriguez, and the great Machito.

From his retirement to the present, Carl has worked special engagements to keep him in touch with the world of entertainment. However, in 2009 the entertainment bug struck him once more, and has brought him back stronger than ever. Carl Sally is a member of the Ohio Music Hall of Fame and the Jazz Hall of Fame.