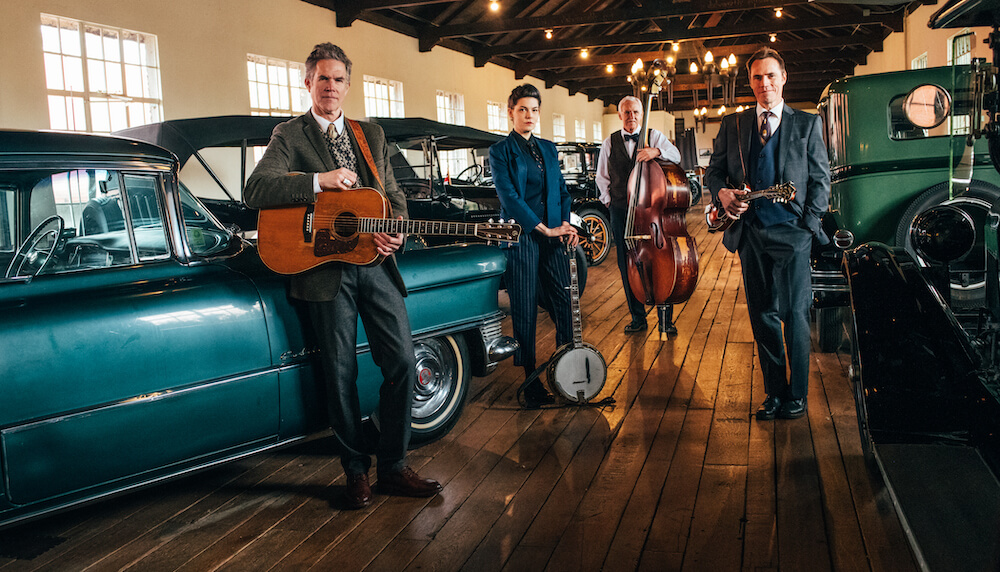 A well-established band formed in the mid-1990s, Chris Jones & the Night Drivers have become popular repeat performers at major festivals like Merlefest in North Carolina, California’s Huck Finn Jubilee, and the Walnut Valley Festival in Winfield, Kansas. They have filled a wide variety of venues around the world, touring across the U.S. and Canada, and all over Europe, including Germany, Switzerland, the Czech Republic, and Ireland. Together with the band and as a solo artist, Chris has released 14 albums.

Chris Jones’ soulful singing, solid guitar skills, and impressive versatility have earned him the respect of some of the best musicians in the world, and he has performed and recorded with the Chieftains, Earl Scruggs, Vassar Clements, and Tom T. Hall. Chris has appeared on the the Grand Ole Opry with Laurie Lewis, Lynn Morris, and the Whitstein Brothers, and began his career with bands as varied as Special Consensus, Dave Evans, and Weary Hearts.

Mark Stoffel is “one of the most musical mandolin players I’ve ever played with,” says Chris. Mark’s rhythmic sense and warm tone help to define the band’s instrumental sound, and Chris adds, “mandolin players are really impressed with his playing everywhere we go.”

Marshall Wilborn is one of the most respected bass players and songwriters in bluegrass, with a long list of songwriting credits including Alison Krauss’ “Heartstrings,” Doyle Lawson’s “Mountain Girl,” and Rhonda Vincent’s “Wishing Well Blues.”

Grace Van’t Hof is a founding member of the Grammy-nominated group Della Mae. Her driving banjo style is influenced by early masters Earl Scruggs and Don Reno, as well as more recent players like Ron Block and Jim Mills. ukulele playing into the Night Drivers’ repertoire.