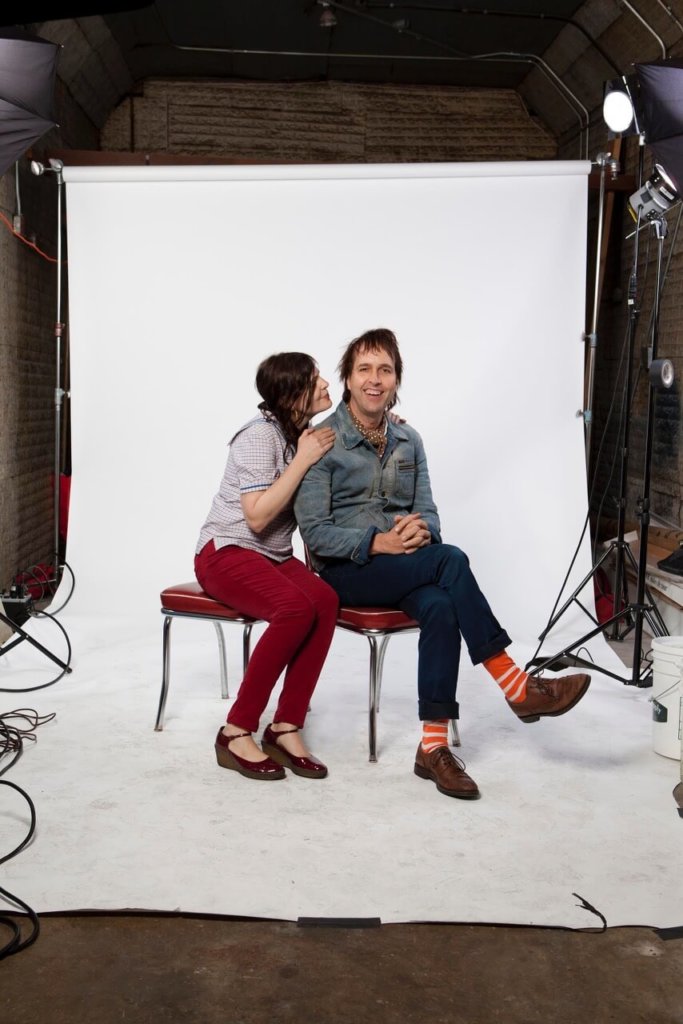 Chuck Prophet returns to Natalie’s for a duo performance with his wife Stephanie Finch,a singer, keyboardist and guitaristwho is a member of Prophet’s band, The Mission Express. Prophet describes his latest album ‘Bobby Fuller Died For Your Sins’ as a “California Noir,” an album inspired partly by the mysterious death of rocker Bobby Fuller in LA in 1966.  “California has always represented the Golden Dream, and it’s the tension between romance and reality that lurks underneath the surface in all noir films and paperbacks, and that connects these songs.

Gritty and jangly, Chuck’s album features 13 original works that explore doomed love, loneliness and fast-paced violence via Chuck’s muscular songwriting craft.  They include songs about Fuller, the death of David Bowie, and the killing of a San Francisco security guard named Alex Nieto that drew international headlines as “Death By Gentrification.”

‘Bobby Fuller’ finds Chuck coming full circle.  He cut the album to tape at Hyde Street Studio in San Francisco, which also happens to be the same studio where Prophet did his very first recording session, while still in high school.  Chuck brought out his ’64 Stratocaster for the sessions, conjuring a sound that Jonathan Richman once described as “gasoline in the sand, like a motorcycle at a hot dog stand.”  He’s backed by The Mission Express, a band featuring his wife Stephanie Finch (vocals, keyboards, guitar), Kevin White (bass), Vicente Rodriguez (drums, vocals) and James DePrato (guitar).

Lead single “Bad Year For Rock and Roll” is a timely homage to rock greats lost in 2016: “The Thin White Duke took a final bow / there’s one more star in the heavens now/I’m all dressed up in a mohair suit / watching Peter Sellers thinking of you.”  “Jesus Was A Social Drinker” starts as a punchy mid-tempo rocker with clanking cowbell before unfurling into an explosive, psychedelic coda.  “Alex Nieto” is what Chuck refers to as his first protest song.  It’s “an homage to a good man who should still be alive,” says Chuck.