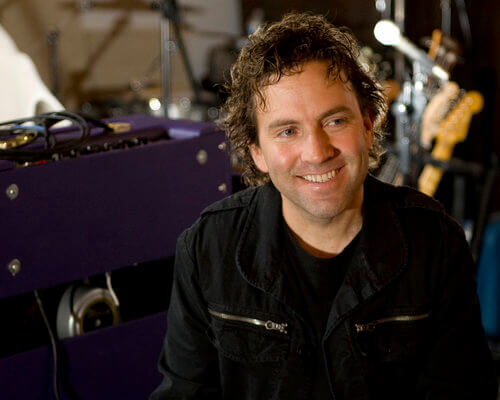 ***Please note: All shows at Natalie’s currently have socially distanced table seating, and masks are required except while eating and drinking at tables. Colin Gawel returns to Natalie’s for a special solo show! Colin is co-founder, lead singer, and guitarist of the Columbus based and nationally known American rock band Watershed, and also has a solo career both with and without his backing band – Colin Gawel and the League Bowlers.

Colin wrote his first song on the back of a paper route collection book in 6th grade. The next morning on the school playground, he convinced his pal Joe Oestreich that they should start a cool band like Cheap Trick or the Kinks. Watershed was born at that moment under the monkey bars and went on to make quite a name for themselves. In fact, you can read all about it in the best selling memoir “Hitless Wonder- A Life in Minor League Rock n Roll” which was released in 2012 and National Public Radio called it one of the two best books of the summer. It rose to #1 on the Amazon music book charts!

When not working on music, Colin owns a small coffee shop with the rather clever name of “Colin’s Coffee” in Upper Arlington. He also runs a website, pencilstorm.com, featuring his writings and a number of other prominent blogger types.