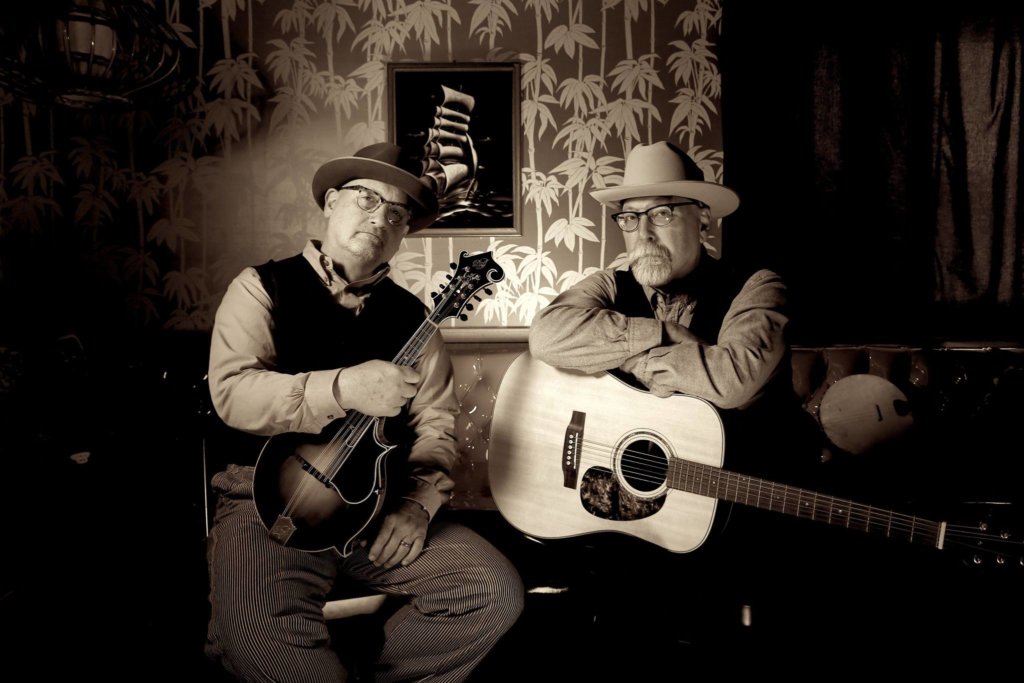 Mandolin master Mike Compton and multi-instrumentalist Joe Newberry will share the stage at Natalie’s for an acoustic evening not to be missed! Compton has played with John Hartford and the Nashville Bluegrass Band, and received Grammy awards for his work on O Brother Where Art Thou and played on projects for Dr. Ralph Stanley and Elvis Costello. Joe Newberry is known for his powerful and innovative banjo playing, as well as his songwriting, guitar skills, fiddling, and singing.

Mike Compton is in demand today at every level, from solo tours, treasured performances with the Nashville Bluegrass Band, appearances with Newberry and David Grier, to instructional settings like the International Bluegrass Museum’s Monroe Mandolin Camp.

Joe’s songwriting is characterized by the same clean, elegant style as his banjo playing, and his songs are often recorded by artists in the folk and bluegrass world. Joe was a frequent guest on Garrison Keillor’s A Prairie Home Companion, and was recently featured on the Transatlantic Sessions tour in the United Kingdom with fiddler Aly Bain and Dobro master Jerry Douglas.