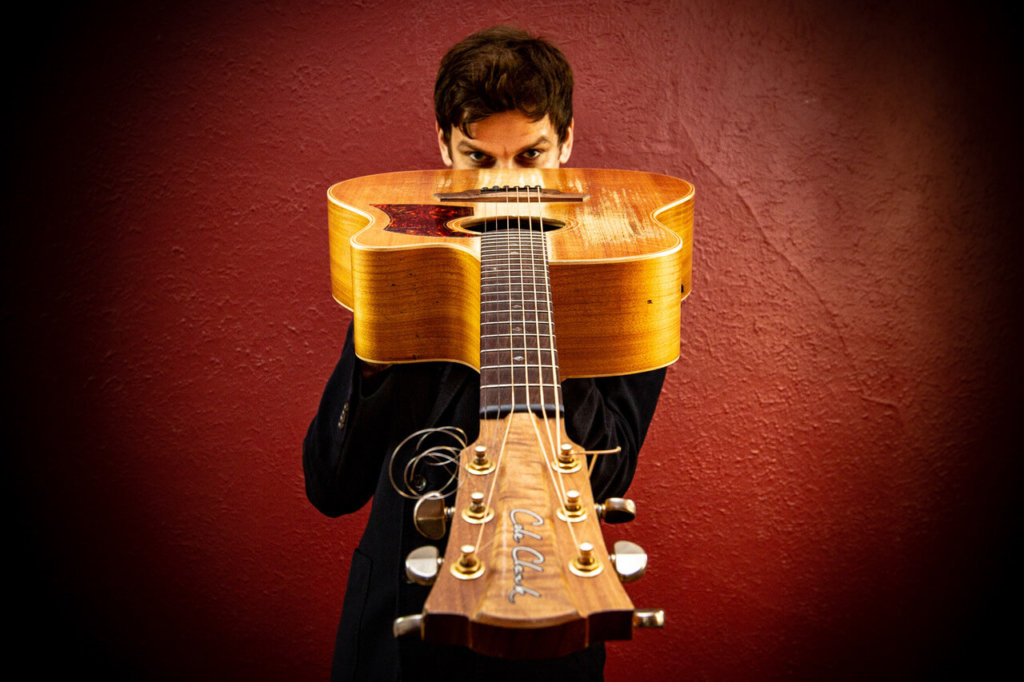 The story goes that the young Australian singer, songwriter and one-of-a-kind guitar virtuoso first picked up his instrument of choice as a five-year-old following in the footsteps of a musical father. He began writing songs at 12, training classically throughout his teens and performing solo wherever he could, honing his craft and developing what would become the dynamite live show that he is renowned for today. At 18 he left school, turned professional and hit the road. The next five years saw him traversing North America, the United Kingdom, Europe, New Zealand and of course, his homeland Australia playing such festivals as Vancouver and Mariposa Folk (Canada), Belgium’s Labadoux Festival and Australia’s Woodford, Falls Festival, Port Fairy Folk Festival and the legendary Byron Bay Bluesfest.

“The word Prodigy seems to entirely fall short of this soft-spoken young man’s skills, he coaxes sounds and melodies out of his instrument that literally drop jaws.” –  The Calgary Herald, Canada

“Today I saw the future of Folk – Festival goers flocking in their thousands towards the main stage to witness the young musical phenomenon from Australia dish out an absolute show-stopper at the evening’ send.” –  Firefly Column, USA