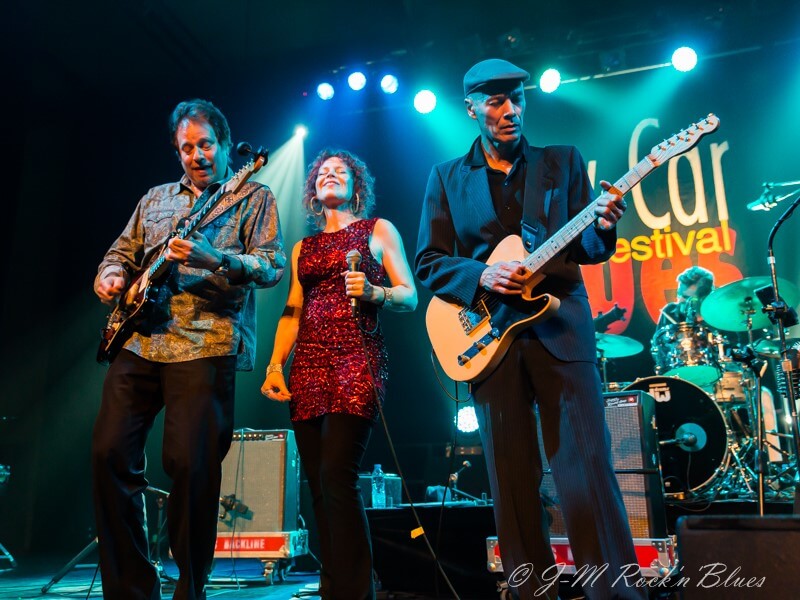 Chicago Blues Hall of Fame inductee Dave Specter, after producing their latest release Soul Burnin’, hits the stage with the award winning international couple Lil’ Red & The Rooster. Having appeared together for the first time at the prestigious 2018 BayCar Blues Festival in France, Dave’s happy to return to Columbus with this new project. Dave & Pascal meet in a deep improvisational interplay to share the wisdom they’ve found through the blues. Ohio native Jennifer Milligan with bite, humor and a contagious smile adds the voice with all that makes her soul burn. All three are backed by a deep in the pocket rhythm section in a collaboration of repertoires, their blues full of hope and joy, may inspire you to get up and boogie.

Blues guitarist, bandleader and producer Dave Specter has earned an international reputation as one of the premier talents on the Chicago blues scene. Since 1985 Specter has performed regularly at top Chicago blues and jazz clubs in addition to festivals and concert halls throughout the USA. Since 1989 Dave has toured internationally with performances in Argentina, Brazil, Israel, Spain, England, Holland, Denmark, France, Italy, Germany, Norway, Belgium, Sweden, Switzerland, Poland,  Luxembourg, Mexico and Canada.

Sassy and sultry Lil’ Red brings you a Blues’ guitar lovers feast of sophistication, elegance, talent & experience by two guitarists born under the same moon, one in the Windy City and the other in Normandy.

“Dave Specter who, with Pascal, gave us the best guitar playing of the festival, beautifully developed, distilled with taste, devoid of any pretentiousness. Great art!”Soul Bag Magazine 2018 “The voice of singer, Jennifer Milligan, is magnificent, rough or sweet as needed, and, whatever the context, brimming with charm.”My Head is a Juke Box 2018