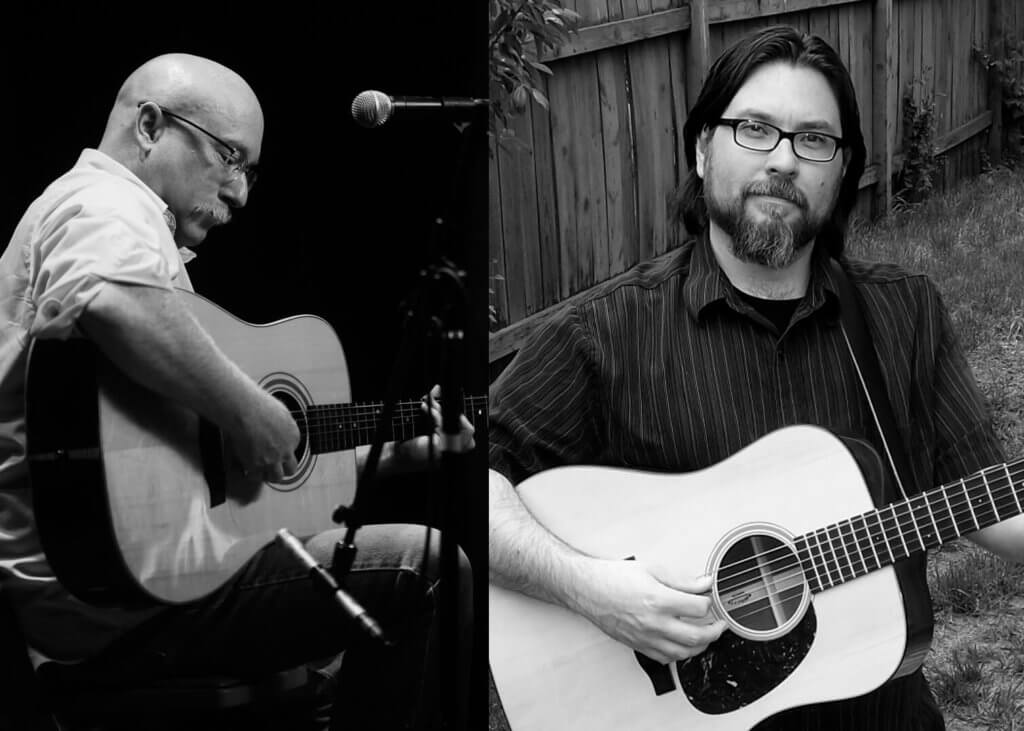 David Grier is regarded as one of the premier acoustic guitarists in the world, along with his early influences, Doc Watson, Tony Rice, and family friend Clarence White.

Recognized by Acoustic Guitar Magazine in 2000 as one of the Artists of the Decade, and named Guitar Player of the Year three times by the International Bluegrass Music Association, Grier has played on four Grammy Award-winning albums (True Life Blues: A Tribute to Bill Monroe; The Great Dobro Sessions; Alison Brown’s Fairweather; and Amazing Grace 2: A Country Salute to Gospel).

Having released four albums on Rounder, beginning in 1988 with Freewheeling, Grier launched his own label, Dreadnought Recordings, with the 1998 debut release, Hootenanny, with Dirk Powell and Tim O’Brien (“endlessly inventive and tasteful” – All Music Guide).  Evocative (Dreadnought 2009), features 10 original tunes and a rich complement of collaborators (Victor Wooten, Paul Franklin, Stuart Duncan and more), has been hailed for its “deep musical introspection” as well as its “unmatchable mastery of the guitar” (Martin Mull).His most recent release is Fly on the Wall.

Adam Schlenker is an accomplished flat pick guitarist from southern West Virginia who has been featured in and contributes to Flat Picking Guitar Magazine. He is the founder of 5th Fret Productions, and is currently the director of the Bluegrass Ensembles at Dension University, and is an artist/instructor in residence at the McConnel Arts Center in Worthington. Adam is also an instructor at the Nashville Flat Pick Camps and the Perry Stenback International Guitar Camp in Denmark.