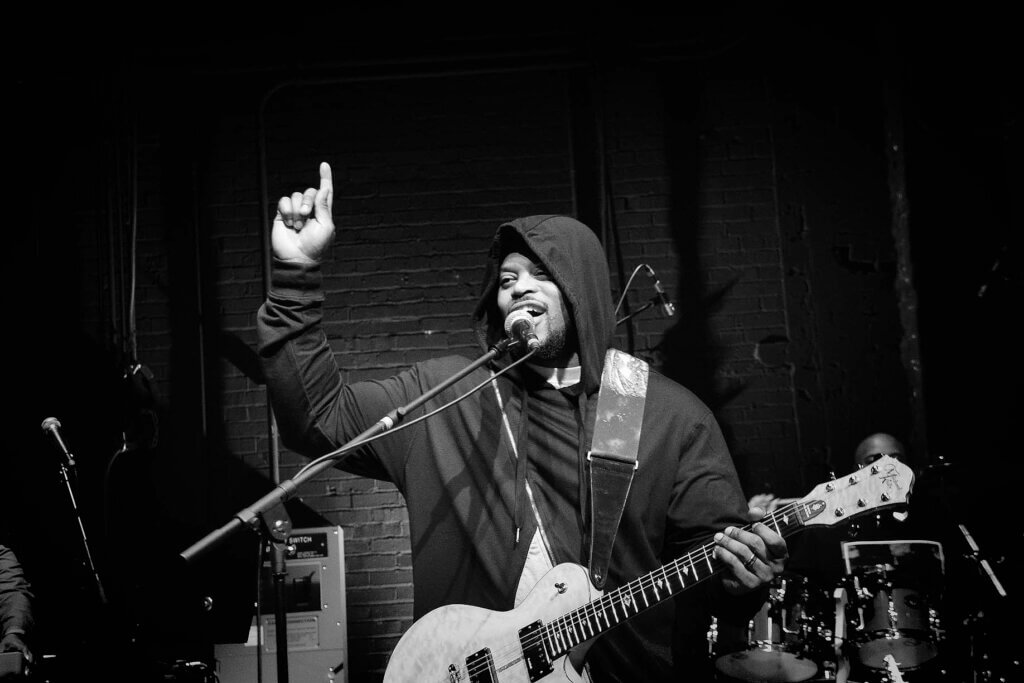 Columbus, Ohio native Doni Jai has established himself as a first call sideman to some of music’s biggest stars. With an impressive list of performances and tours with artists like K’naan, Bono of U2, Nas, Damian Marley, Justin Bieber, Eric Roberson, J.J. Hairston, Jada Pinkett Smith (Wicked Wisdom) and stints with local greats like Mojoflo and the Dealbreakers, Doni is setting his focus on his solo career after 20 plus years contributing to other artists. Like his musical hero Prince, Doni records, produces and performs his music by himself, as he is proficient on over 8 instruments. He prides himself on his live performances most of all and views every opportunity he performs as a chance to help someone escape the grind of everyday life and lose themselves in the music for a few hours.

2022 sees the release of Doni’s first and long-awaited album “Levitation.” The album is a mélange of his rock, jazz, gospel and funk influences. Live, Doni can be seen performing his new material and some carefully reworked covers while singing lead and switching between guitar and keys supported by his amazing backing band.