Presented by Zaftig Brewery and Natalie's 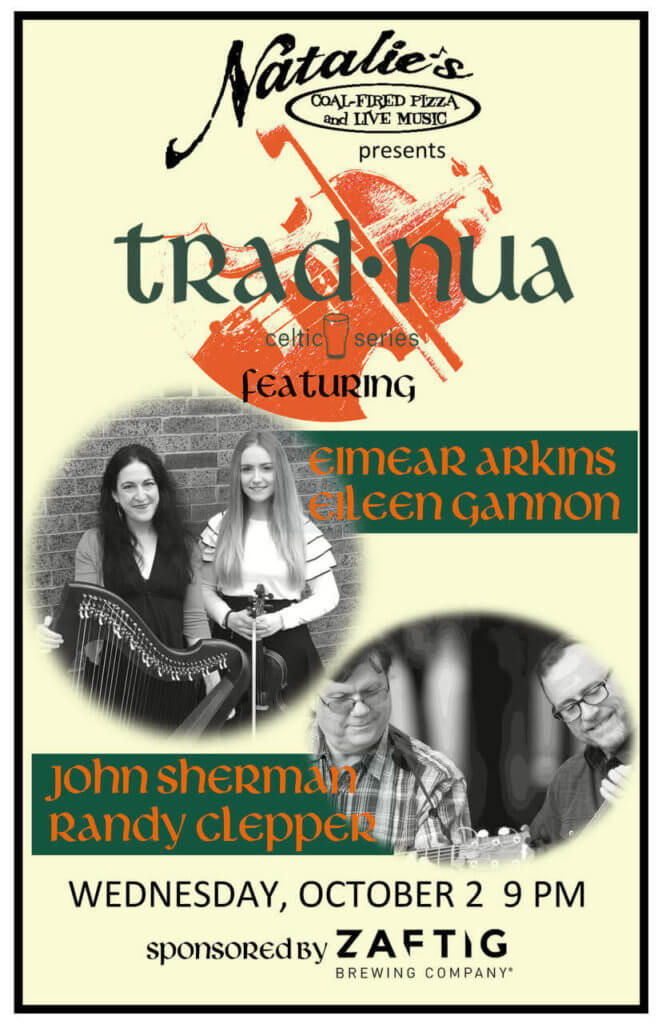 Eimear Arkins & Eileen Gannon are a fiddle and harp duo based in St. Louis, who have been lighting up the Irish music scene in the Midwest and beyond for the last several years. Eimear is an award-winning singer and fiddle player from County Clare with 11 solo Fleadh Cheoil na hÉireann (World Irish Music Championships) titles to her credit. She has performed throughout the U.S. and Ireland with acclaimed bands like Cherish The Ladies and The Paul Brock Band. Eimear’s debut CD, What’s Next? was released in June 2018 and she was recently named “Best Newcomer” by Live Ireland. Eileen, a St. Louis native, is one of the top Irish harp players in the world. She has won numerous accolades including the highly coveted Senior Harp title at Fleadh Cheoil na hÉireann. Eileen launched her debut solo CD, The Glory Days Are Over, to great acclaim in the summer of 2017. Together they perform a beautiful blend of haunting harp melodies, sean-nós songs and plenty toe-tapping dance tunes!

Acclaimed multi-instrumentalists John Sherman & Randy Clepper are highly regarded performers of Irish traditional music on guitar, bouzouki and tenor banjo. John and Randy’s latest recording, Finally Tuned, has been described as “a fine and finely tuned album that is intricate in its arrangement and delivery“ (TradConnect.com, Ireland).  John Sherman has been a performer of traditional and Celtic music for the last two decades.  Multi-instrumentalist Randy Clepper is an accomplished player of Irish and other traditional music on Irish bouzouki, fingerstyle acoustic guitar, tenor banjo and hammer dulcimer.

Trad Nua is a new Celtic series at Natalie’s sponsored by Zaftig Brewing Company, Worthington’s only craft brewery. Rooted in the rich tradition of Irish and Celtic music but also with new influences, the series presents a variety of traditional acts often juxtaposing old styles with new influences, local and international artists, and featuring traditional instruments. Brewing has a rich tradition too while new ideas and influences allow for experimentation and the creation of some really amazing beer. Zaftig will be using those elements to create unique brews just for this music series!