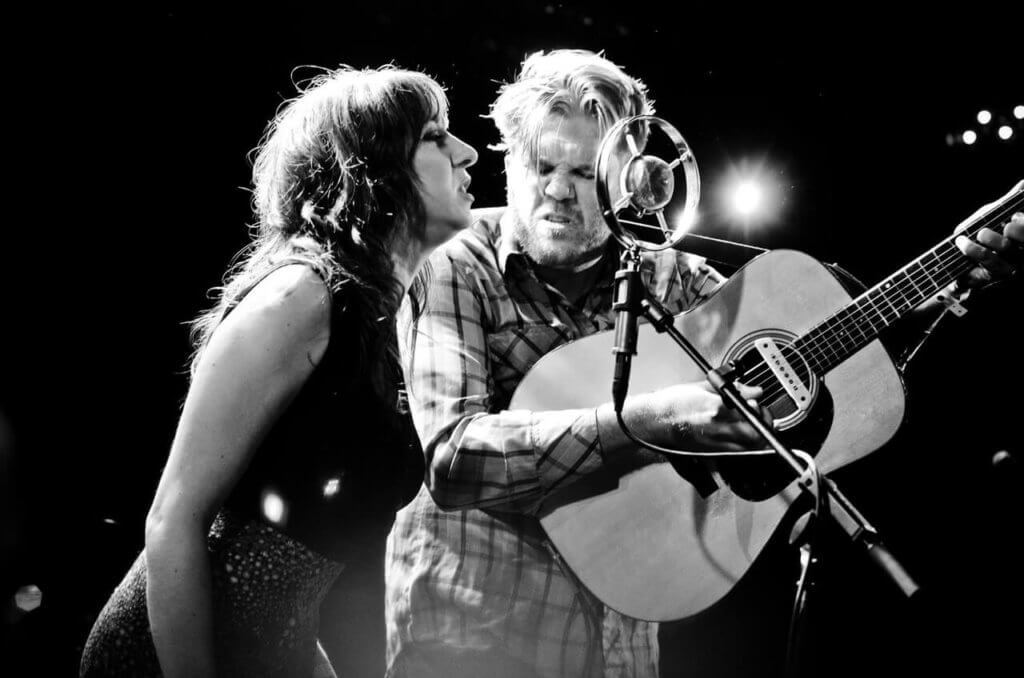 To the casual observer, Freddy & Francine seem safely cemented as a folk duo. They got the look. The soulful harmonies. The folk circuit bookings — over 150 a year, including the legendary Telluride Bluegrass Festival. They’re even getting married…cute. Even their act’s name is cute. You could make a movie about it. Someone probably has. But Freddy & Francine (their actual names are Lee Ferris and Bianca Caruso) aren’t interested in acting, or genres, or talking or not talking about their relationship. They’ve done all that. They’ve even recently left their longtime home of Los Angeles for Nashville. And they’ve never looked more like themselves.

Longtime fans know that the band took a three-year hiatus, and during this break, Ferris was cast as Carl Perkins in the Broadway and touring productions of Million Dollar Quartet, and Caruso co-wrote and filmed a television pilot in Joni Mitchell’s Laurel Canyon home (her friend rents it), featuring Seth Rogen, and sold the thing to ABC.

“We’re performers. We’re not just folk musicians who play and sing mellow songs with little voices…there’s screaming,” Caruso said. Don’t call it Americana either. They don’t wear hats. Besides, Caruso says, “The minute you think one of our songs is an Americana song, it can turn into a retro pop song.” Despite the reaction of most roots music fans to the dreaded “P” word, Caruso says she doesn’t mind Freddy & Francine being labeled a pop band.