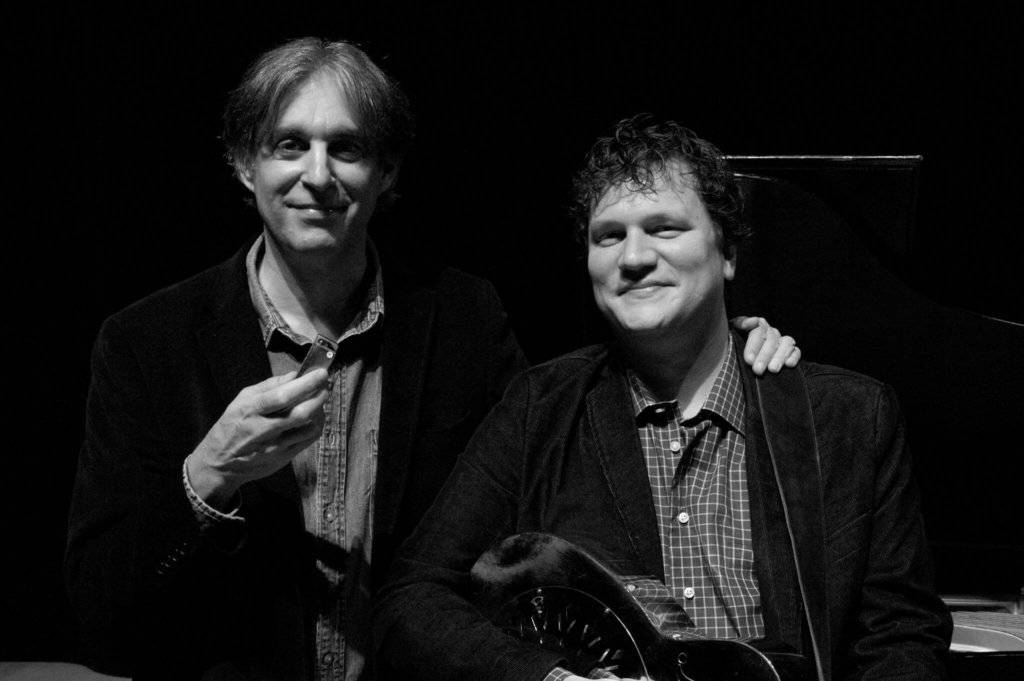 Multiple Grammy-winner Howard Levy is an acknowledged master of the diatonic harmonica, a superb pianist, innovative composer, recording artist, bandleader, teacher, and producer. He’s played with top symphony orchestras, regularly on A Prairie Home Companion on NPR, as an original member of Béla Fleck & the Flecktones, and on numerous recordings by world-renowned artists (Paul Simon, Donald Fagen, Paquito D’Rivera, John Prine and dozens more). Chris Siebold, a guitarist hand-picked by Howard, draws from a deep well of inﬂuences and a wide variety of styles to match: from bluegrass to bebop, big band, jazz, rock, R&B and much more in his 20-year career.

“It was easy to be astounded by the technique, speed, playfulness and stylistic dexterity set in motion last night by pianist/harmonica ace Howard Levy and steel guitarist Chris Siebold… but at the end of it was the sheer sense of invention that ignited all of those attributes…

“Having one player tackle a lead or solo while the other offers rhythmic accompaniment is fairly routine. Switching those roles at regular intervals is far trickier. But here is what Levy and Siebold did. Levy often established a melody, reversed lead and rhythm roles with Siebold, then switched from harmonica to piano and started the whole process again.

“And it wasn’t Levy that was doing all the talking, either. Aside from serving as a highly instinctive accompanist, Siebold displayed a dizzying speed and precision on resophonic steel guitar that brought to mind the skills of such jazz fusion pros as Al DiMeola and John McLaughlin.” WALTER TUNIS, THE MUSICAL BOX