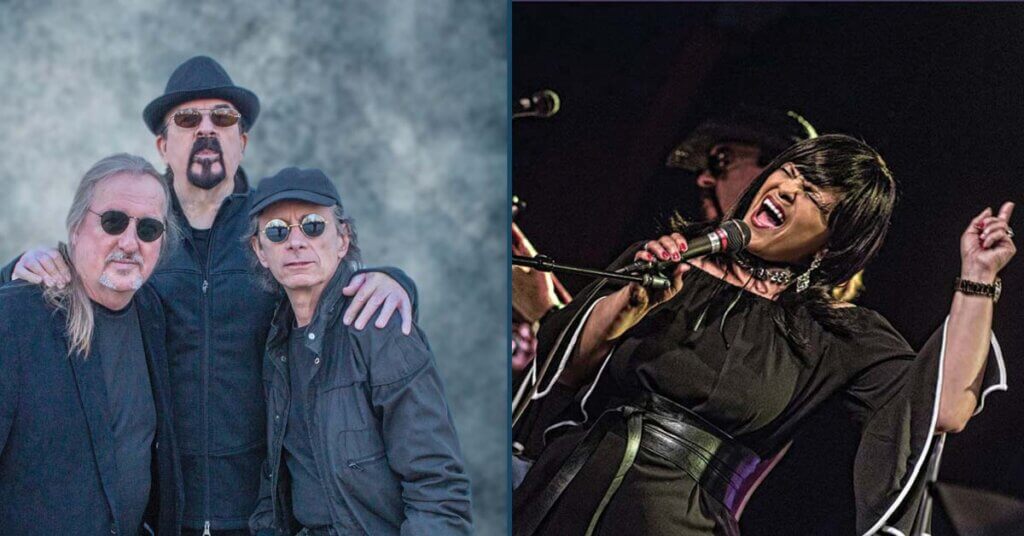 Natalie’s presents Hughes, Hall & Denney with special guest Teeny Tucker in concert. Teeny is one of the brightest stars in the blues genre, having gained an international reputation as a dynamic performer. Hughes, Hall & Denney are award-winning world class musicians, and their influences include Blues, R&B/Soul, Roy Orbison, BB King and much more. Guitarist Robert Hughes has been inducted into the Columbus Music Hall of Fame,” and the Columbus Blues Hall of Fame. Dennie Hall (lead vocals/bass) and Jeff Denney (drums/background vocals) found regional and national prominence in the band “Cold Sweat”.

Teeny is the daughter of the renowned blues-singer-pianist-composer Tommy Tucker, who wrote and first recorded “High Heel Sneakers,” a pop-classic that’s been performed by Elvis, the Beatles, and the Rolling Stones. Teeny has won and been nominated for many awards from Living Blues Magazine, Blues Music Awards, Blues Blast Magazine, and many others.