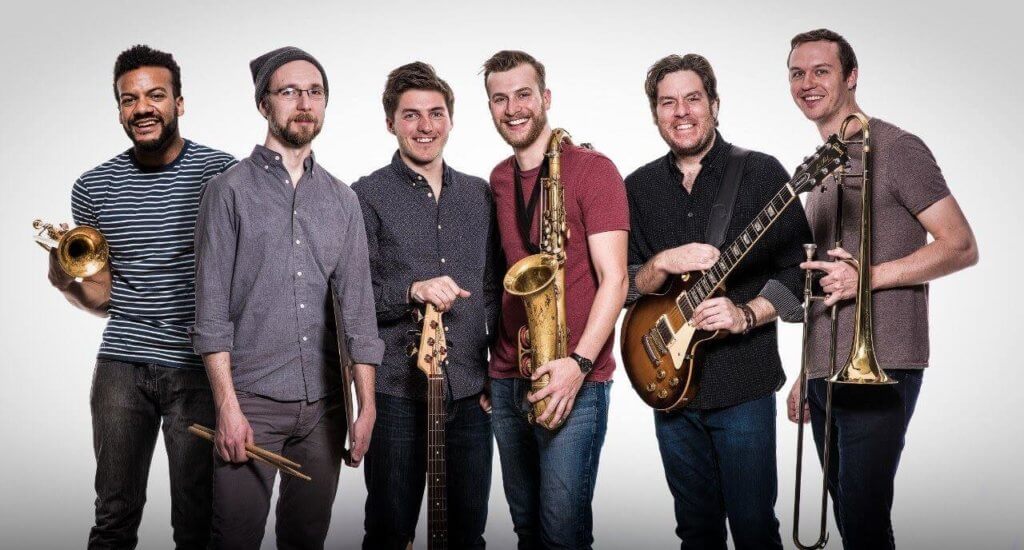 Huntertones returns to Natalie’s for another special show, so be sure to get tickets while they last! Huntertones brings people together around the globe with fun, imaginative and fearless music. Their high energy, horn-driven sound fuses inspired improvisation and adventurous composition melding jazz, funk, rock, and soul. Adding depth and contrast to their live set, Huntertones shift from a dynamic six-piece ensemble to a trio featuring saxophone, sousaphone, and beat-boxing, keeping their listeners’ eyes and ears open at every turn.

Huntertones formed in Columbus at The Ohio State University and hosted their first shows at a house on Hunter Avenue. They have since relocated to New York City, released two albums, and toured North and South America, Europe and Africa — experiences which have pushed the band to expand even further, stylistically. What started as a group of classmates finding a voice has developed into a highly collaborative group of musicians traveling, sharing, and growing together.