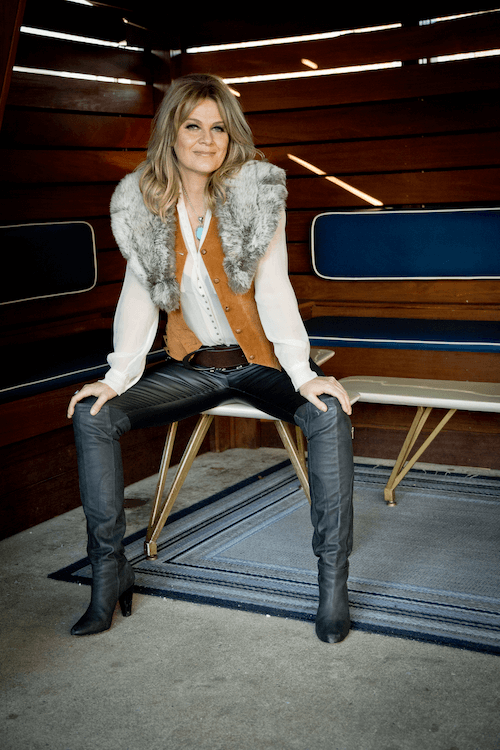 The lure of the road has always been a defining motivation for singer-songwriter Jackie Bristow. She took her first musical steps in Gore, in the South Island of New Zealand, honed her craft in the pubs and clubs of Sydney, Australia, and found her voice in the United States, where she has continued to enhance her reputation as a soulful, seductive independent recording artist and dynamic live performer.

Like Joni Mitchell, Shawn Colvin and Bonnie Raitt, Jackie has created a body of work that will endure, finely shaded songs that are at once personal and universal, recording with her long-time musical partner, Australian-born guitarist and producer Mark Punch. American Songwriter has hailed Jackie as “crafting some of the most beautiful, compelling Americana today”.

Her wanderlust informed her writing on four previous albums – Thirsty (2002), Crazy Love (2007), Freedom (2010) and Shot of Gold (2015) – and again on her fifth, Outsider, which was released on March 4, 2022. While building on the strengths of her previous albums, Outsider finds Bristow drawing inspiration from the music of the American South — particularly the myriad sounds of her adopted home, Nashville.