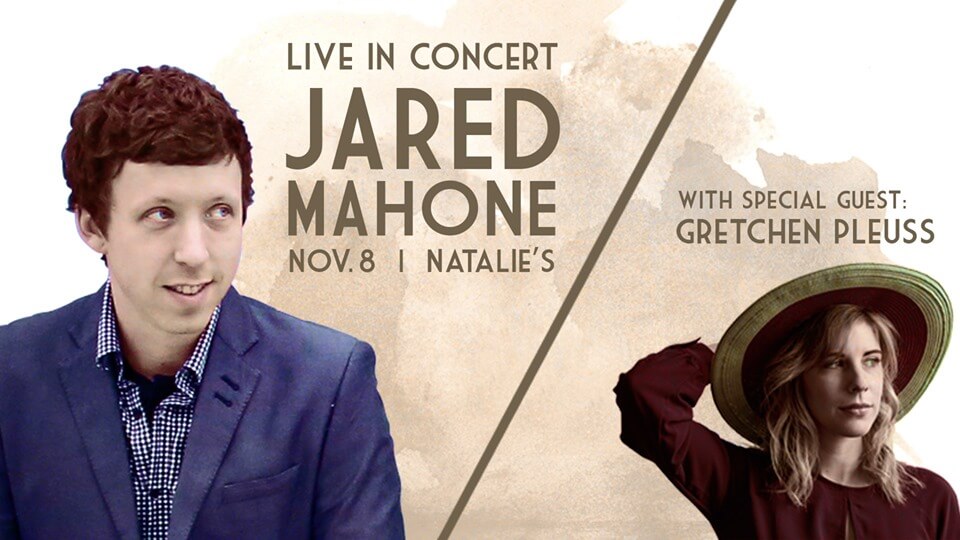 As a staple and graduate of the local music scene, Jared Mahone brings his troubadour road show back home for a special concert with a full band. On stage with Jared filling out his songs will be Columbus legends and friends Jeff Ciampa on bass guitar, Tony McClung on drums and Dave DeWitt on keyboards. Jared has spent the last 15 years recording and releasing music independently as well as touring the country with the direct support of his widespread fanbase. Jared will tell stories and perform songs from his catalog, including many new songs that have yet to be released.

Opening the show is Akron‘s skillful songbird Gretchen Pleuss, who will perform originals from her Daughters of the Broader Skies album recently released on Sun Pedal Recordings.