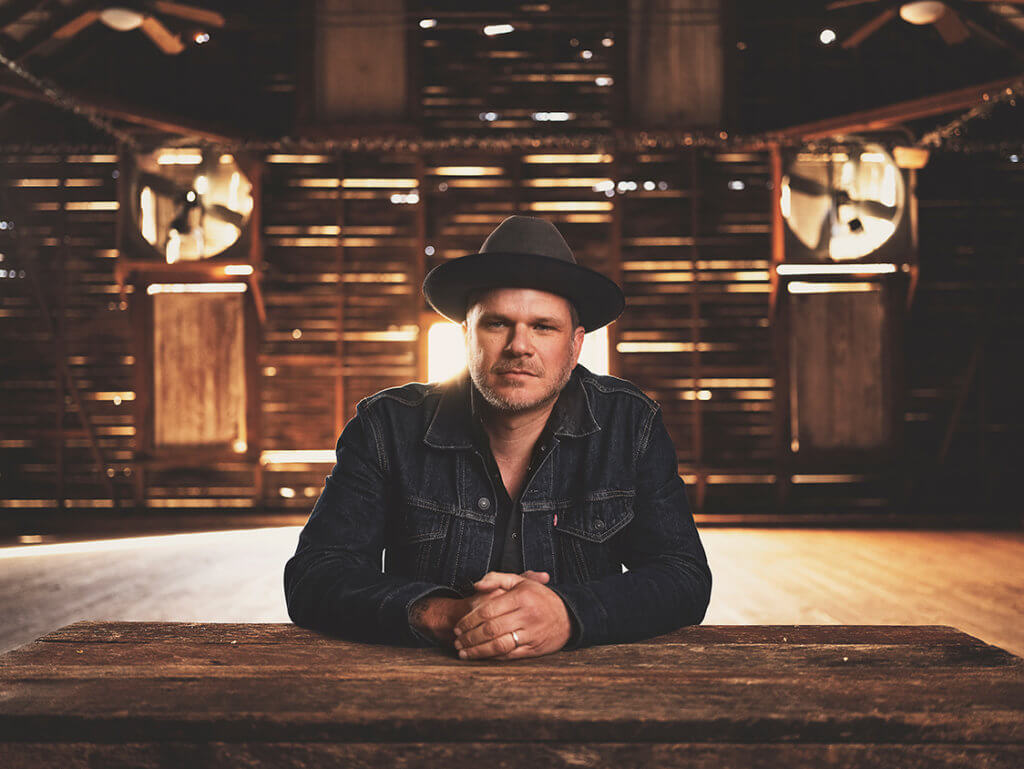 Jason Eady is a near-lifelong songwriter who names Merle Haggard, Guy Clark, and Willie Nelson among his main inspirations. After independently releasing his debut album From Underneath the Old in 2005, he expanded his touring radius and continued turning out critically praised work, including 2012’s AM Country Heaven (a top 40 debut on the Billboard Top Country Albums chart), 2014’s Daylight/Dark, and his self-titled 2017 effort (hailed by Rolling Stone as “heavily steeped in his storyteller lyrical style and cleverly framed by uncluttered, acoustic-rich arrangements”). Through the years, Eady has also made his name as an  unforgettable live performer, sharing stages with the likes of Sturgill Simpson, Band of Heathens, and Reckless Kelly

The eighth full-length from Eady, To The Passage Of Time first took shape in a frenetic burst of creativity back in the doldrums of quarantine and is the Mississippi-bred artist’s most lyrically complex and compelling work to date. The album’s understated power stems in part from the intentionality of the recording process, which involved enlisting Band of Heathens’ Gordy Quist as producer and gathering many of Eady’s favorite musicians he’s played with over the years (including Noah Jeffries on mandolin and fiddle, Mark Williams on upright bass and cello, and Geoff Queen on Dobro, pedal steel, and lap steel). Eady achieved a rare outcome in the album’s production: a direct expression of his deep-rooted and highly specific vision.

Blending folk intimacy, country grit, and alt-rock muscle, Nashville based duo Carolina Story’s resilient new album, Dandelion, is an ode to survival in the face of struggle, a full-throated tribute to the power of hope and the unbreakable bonds of family. The collection is fueled by raw, honest storytelling and lush, cinematic arrangements, expanding the homespun craftsmanship of the duo’s debut to draw on a broader, more ambitious palette, one that hints at everything from The Jayhawks and Lucinda Williams to R.E.M. and Nirvana. “There’s just something about the dandelion that spoke to us,” says Ben Roberts, who shares vocal and songwriting duties with his wife, Emily. “It’s this humble little plant that’s so tough it can grow through cracks in concrete. It’s an underdog, just like us.”

Launched in 2009, Carolina Story built their reputation the old-fashioned way, performing countless shows from coast to coast during a whirlwind six-year run that saw them gracing stages from the Grand Ole Opry to AmericanaFest. After taking a temporary break from the road to welcome two children into the world, the duo returned in a big way in 2017, signing with the record label Black River Americana to release their studio debut, Lay Your Head Down. The album was a critical hit that helped land the band dates with the likes of Hayes Carll, Bob Schneider, and Delta Rae, among others, and prompted Rolling Stone to declare them an “Artist You Need To Know.”