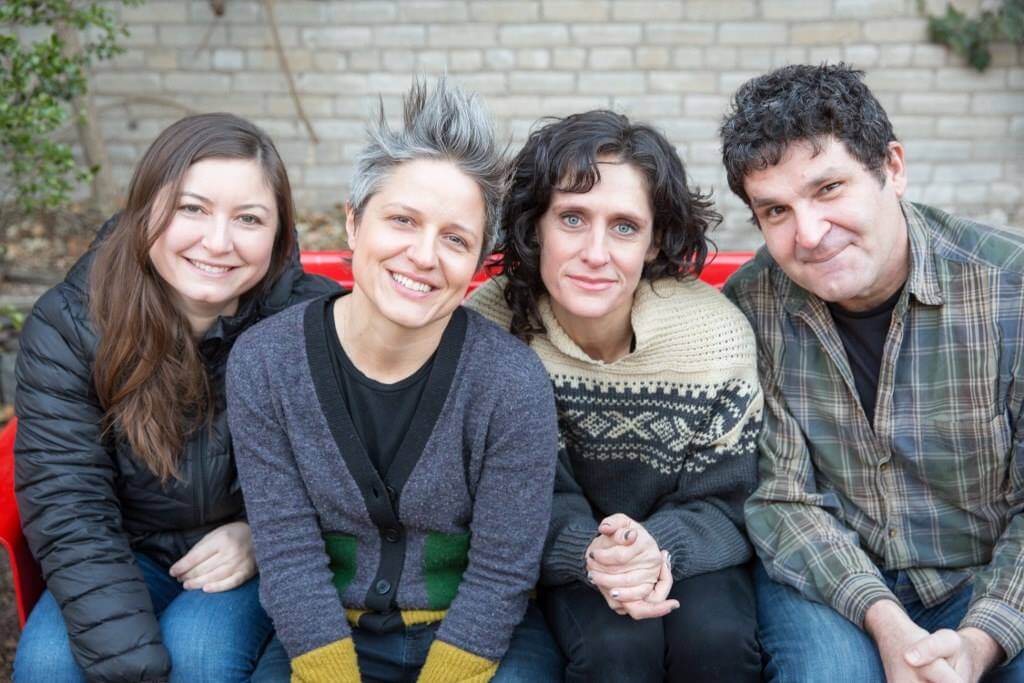 Jenny Scheinman & Allison Miller’s PARLOUR GAME celebrates the popular roots of jazz. It honors the groove, the conversation, the game, and the women that made jazz a social music. The group features Jenny Scheinman (violin), Allison Miller (drums), Carmen Staaf (piano), and Tony Scherr (bass), four musicians that have been at the forefront of American music for nearly 20 years bending genres, creating new ways of playing, mixing it up. Now they get to groove!

Scheinman formed a lifelong connection with Bill Frisell, and wrote and released nine albums featuring some of the most innovative jazz musicians of our time. She also dove headfirst into the roots world, touring with a number of iconic American artists such as Lucinda Williams, Rodney Crowell, Robbie Fulks, and Bruce Cockburn. Miller jumped on the Toshi Reagon bandwagon and joined Natalie Merchant’s band. She taught at the New School and worked with Ben Allison, Rene Rosnes, Brandi Carlile and Ani Difranco. She became the special guest drummer on Late Night With Seth Meyers.

Staaf and Scherr are also versed in numerous American genres, and share a deep respect for roots music. Staaf has worked closely with Herbie Hancock and Wayne Shorter, and Scherr has played extensively with Bill Frisell, Sex Mob and Maria Schneider. Scherr once described Staaf as “totally unpredictable, and totally reliable.” Seated quietly at her piano, Staaf opens up a magnificent world of harmony while Scherr follows from below, grounding her most outrageous revelations. “I have often played music that is in some way a reaction to jazz,” says Scheinman. “In this group I just want to play a great melody, feel the groove, and let the audience in. So much can happen at a show when everyone is in it together.”

Parlour Game was born on tour when Carmen Staaf and Tony Scherr were subbing for the piano and bass player in Allison Miller’s ‘Boom Tic Boom’ tour (which made a stop at the Wexner Center). There was an immediate chemistry. Even the edgiest material swung,” says Miller, “and we realized that we had found something really special. It felt so good!” The name of the band references parlor music, parlor games, and the great organizers whose movements were born in the parlor. Imagine the parties they had! And yes, it is about time that one of our newest super-groups features three women!