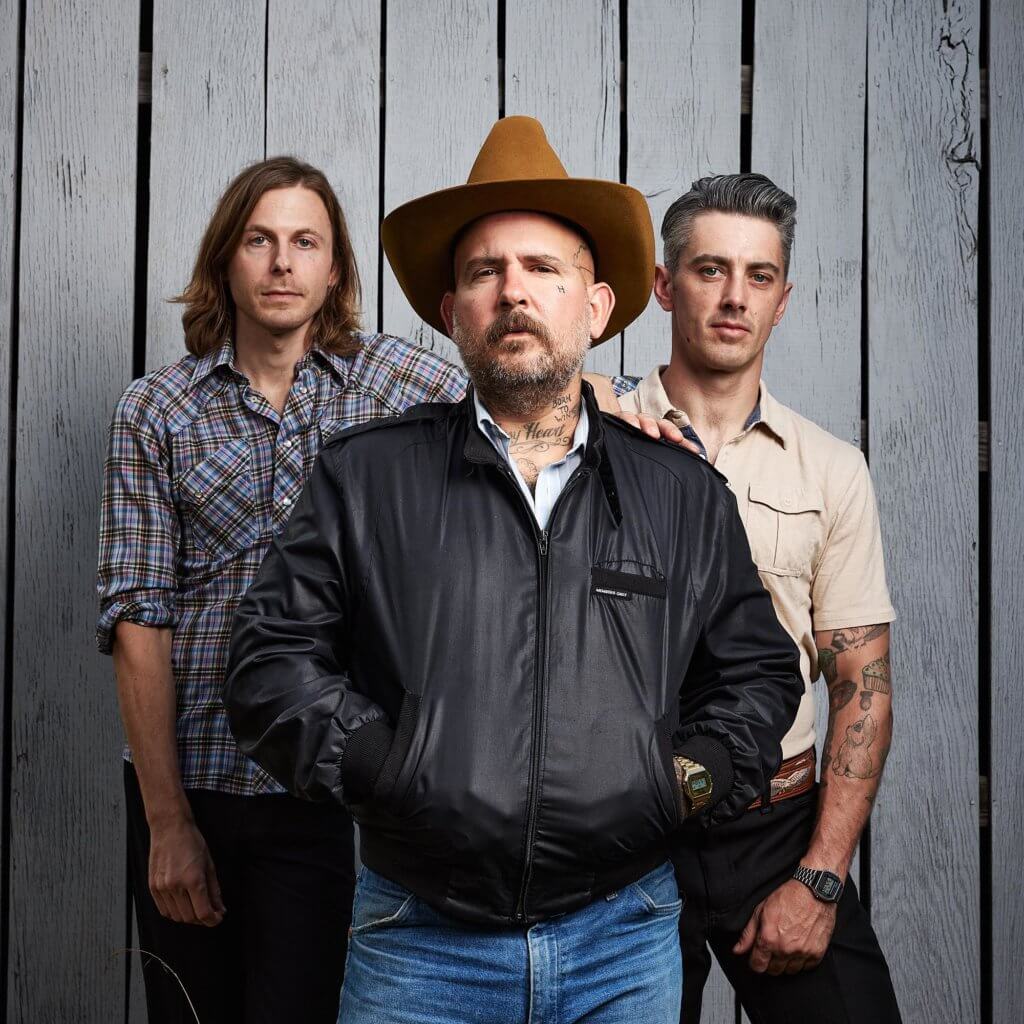 When Jeremy Pinnell released OH/KY in the summer of 2015 to stunned acclaim, it felt like an entire career compressed into one knock-out album. Hailed as, a “Mind-blowingly good” (Greg Vandy/KEXP) “ ”tutorial on classic country music” (Popmatters), Pinnell’s debut immediately differentiated as authentic and unflinching. Dogged touring through Europe and the States and celebrated radio sessions followed, cementing Pinnell’s position as a no-fuss master of his craft.

His 2017 album, Ties of Blood and Affection presented a canny lateral move. Instead of doubling down on the stark themes and values of his debut, the sophomore album found Pinnell finding comfort in his own skin, achieving the redemption only hinted at in his previous batch of haunted songs.

If the third time’s a charm, Pinnell is all shine and sparkle on the forthcoming Goodbye LA. Produced by Texan Jonathan Tyler, the tunes buff the wax and polish the chrome on Country music’s deeper roots. Rooted in his steady acoustic guitar, Pinnell’s songs are shot through with honest and classic elements.

The rhythm section, all snap and shuffle, finds purpose in well-worn paths. The pedal steel and Telecaster stingers arrive perfectly on cue, winking at JP’s world-wise couplets. Here, slippery organ insinuates gospel into the conversation. You can feel the room breathe and get a sense of these musicians eyeballing each other as their performances are committed to tape. And through it all comes this oaken identity, the devastating centerpiece of his work. Honest and careworn, Jeremy’s voice can touch on wry, jubilant, and debauched-all in a single line. At his best, Jeremy Pinnell chronicles the joy and sorrow of being human, which is the best that anyone could do.

“Hardscrabble honky-tonk at its best, nodding to Johnny Cash and Buck Owens in equal measure. Ties of Blood and Affection is a stellar collection that could earn Pinnell comparisons to Sturgill Simpson.” – ROLLING STONE