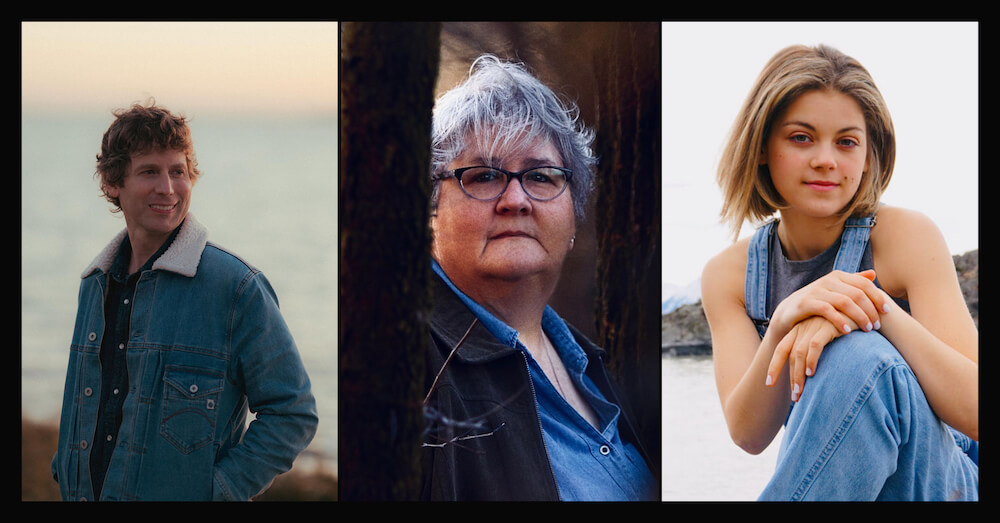 Jesse Terry’s seventh album, When We Wander, is the first he wrote since becoming a parent. So, it’s no surprise the family theme courses through many of its 12 songs. His music career has been a family project ever since he became a full-time touring artist a decade ago. The stage had been Jesse’s home for a decade. He plays around 150 shows a year, from Bonnaroo to the Philadelphia Folk Festival, the 30A Songwriters Festival to AmericanaFest.

Rj Cowdery’s latest CD “What If This is All There Is”, was produced by Amy Speace and mixed by Thomm Jutz. Cowdery has solidified her place in the world of performing singer-songwriters, garnering accolades at Mountain Stage NewSong, Kerrville, Falcon Ridge, Wildflower! Arts and Music, Rocky Mountain Folk Festival, and Sisters Folk Festival.

Before finishing high school, Alaska singer-songwriter Ava Earl has checked off many life dreams – opening for Maggie Rogers, playing music festival main stages, and releasing her fourth album, The Roses, released July 23, 2021 (produced by JT Nero (Birds of Chicago) with backup vocals by Allison Russell. Having written hundreds of songs and performing on nearly as many stages, her creative output outpaces her years.