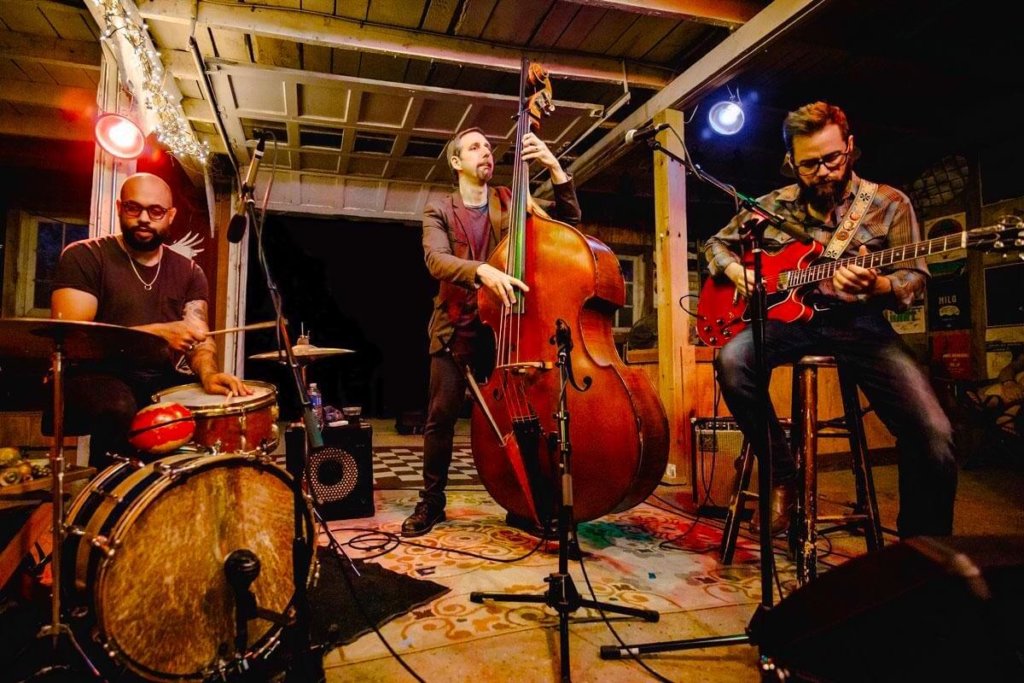 Hailed by DownBeat for its “deft analysis of choice repertoire,” and by The Chicago Reader for its “diversity of approaches to all kinds of source material,” the Joe Policastro Trio makes its debut at Natalie’s to celebrate the release of their fourth album, Nothing Here Belongs.

Nothing Here Belongs follows in the wake of West Side Story Suite (2013), POPS! (2016) and Screen Sounds (2017), all of which highlighted the trio’s ability to remake unlikely songs in its own raw, highly idiosyncratic fashion.  Nothing Here Belongs, by contrast, for the first time showcases the trio’s captivating body of original music, while also including characteristically bold arrangements of songs by Bruce Springsteen, Talking Heads, and Santo & Johnny.

The Joe Policastro Trio is a band that can turn “pop tart into jazz art” (Travis Rogers, Jazz Owl), and one that “should have wide appeal among both jazz fans and listeners of other genres.” (Hrayr Attarian, Chicago Jazz Magazine)

True bands are a rarity in jazz these days, especially ones who hone their craft as consistently as this one does.  Beyond Chicago, the band has been extensively playing together throughout the US and Canada having even performed for President Barack Obama in October of 2016. As sidemen, Joe Policastro (Phil Woods, Howard Alden, Pat and Debby Boone, Jeff Hamilton, Diane Schuur), Dave Miller (Clarice Assad, Patricia Barber, Algernon), and Mikel Avery (Joshua Abrams, Theaster Gates, Rob Mazurek) have performed and recorded with a wide array of musicians but dedicate collectively to this trio.

“…a cohesive unit with an extraordinarily flexible mindset…at every step of the way, this band breathes and bends as one.” (Dan Billawsky, All About Jazz)

“The trio have refined their layered blend of the familiar and faintly far out, playing three nights a week at Chicago’s Pops For Champagne and through extensive roadwork. Their deep understanding of each other and deft analysis of choice repertoire repays repeat and close listening.” (Michael Jackson, Downbeat)