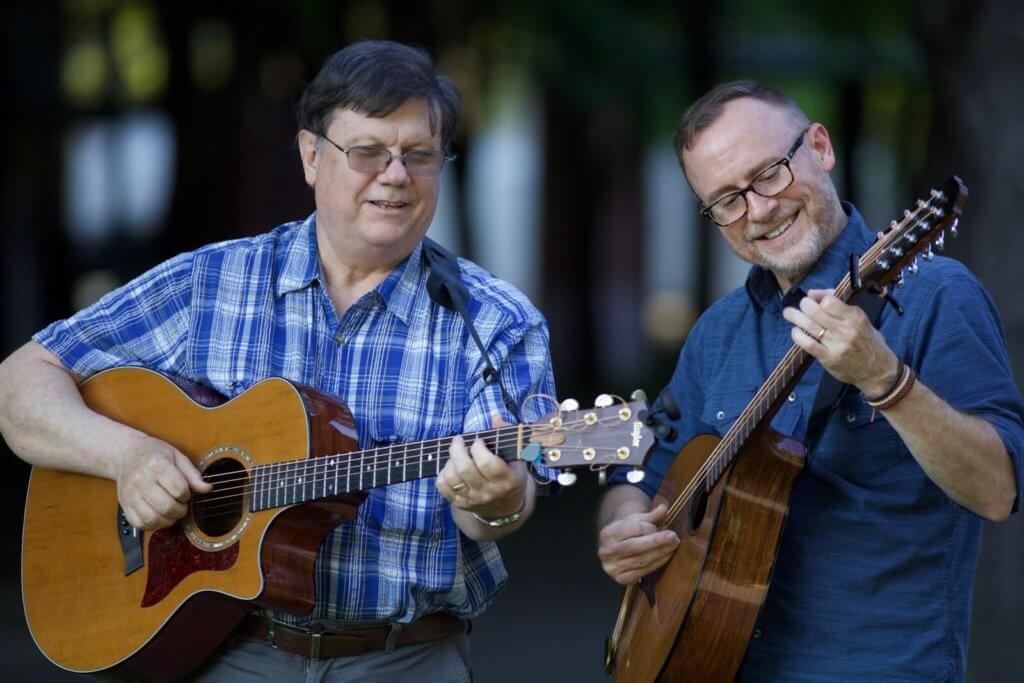 Acclaimed multi-instrumentalists John Sherman and Randy Clepper are highly regarded performers of Irish traditional music on guitar, bouzouki and tenor banjo. John and Randy’s latest recording, Finally Tuned, has been described as “a fine and finely tuned album that is intricate in its arrangement and delivery“ (TradConnect.com, Ireland).

John Sherman has been a performer of traditional and Celtic music for the last two decades. While he has played a variety of instruments, he is first and foremost a guitarist, and has arranged over a hundred Irish and Scottish melodies for the instrument. As an accompanist and opening act, John has performed with the Tannahill Weavers, Phil Cunningham and John Renbourn, with uilleann piper Todd Denman, and as a regular accompanying guitarist for folk singer-songwriter Tom Paxton.

Multi-instrumentalist Randy Clepper is an accomplished player of Irish and other traditional music on Irish bouzouki, fingerstyle acoustic guitar, tenor banjo and hammer dulcimer.  Equally adept at all of these, his playing has been described as “magnificent,” “strong and confident” (Dulcimer Player’s News) and “a Celtic guru” (Wood ‘N Strings).