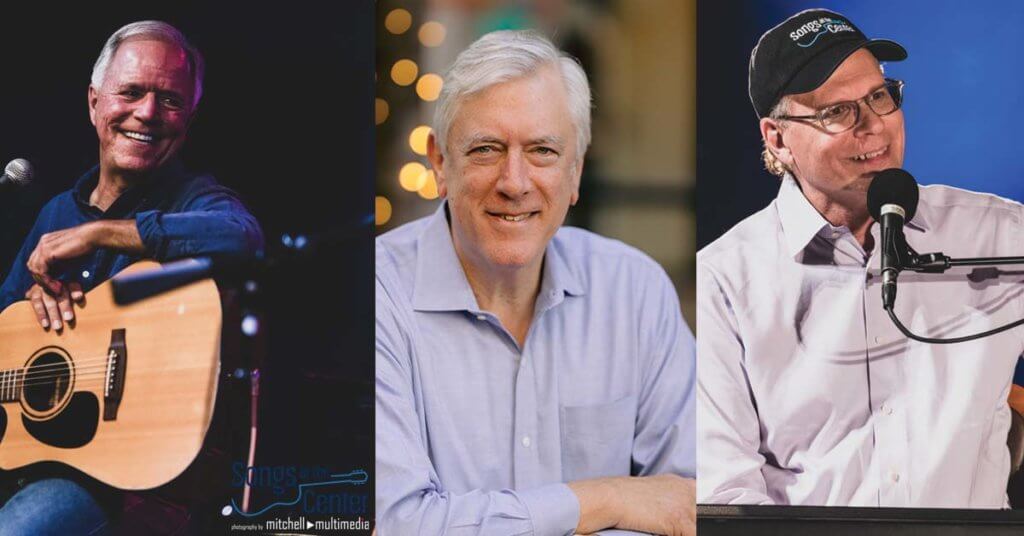 Keith’s song, “Hold On,” won the People’s Choice Award in the Nashville Songwriters Association International/Country Music Television songwriting competition. He is a two-time selection to Songwriter Serenade, finishing as a finalist and semi-finalist. He also appears in the current season of Songs at the Center. Keith merges straightforward vocals with image-driven lyrics that resonate with honesty.

Parker is a veteran of the LA club scene and college student unions across the US. He has shared the stage with Chuck Berry, Bo Diddley, Mary Travers and Christine Lavin. He’s a pioneer in the Columbus music scene, including a founder of Six String Concerts. His CD releases are Home to the Heart, and Looking for You.

Eric is the creator and host of Songs at the Center, produced in Columbus and seen coast-to-coast on 377 stations, and airing locally on WOSU TV on Saturday nights at 11, as the lead-in to Austin City Limits. A regular performer at Nashville’s famous venue for songwriters, The Bluebird Café, Eric was awarded the Ohioana Citation for Music Composition, joining Michael Feinstein (American Songbook), Jorma Kaukonen (Jefferson Airplane), and Chip Davis (Mannheim Steamroller). His latest single, “North of 50,” was recorded with The Carpenter Ants.