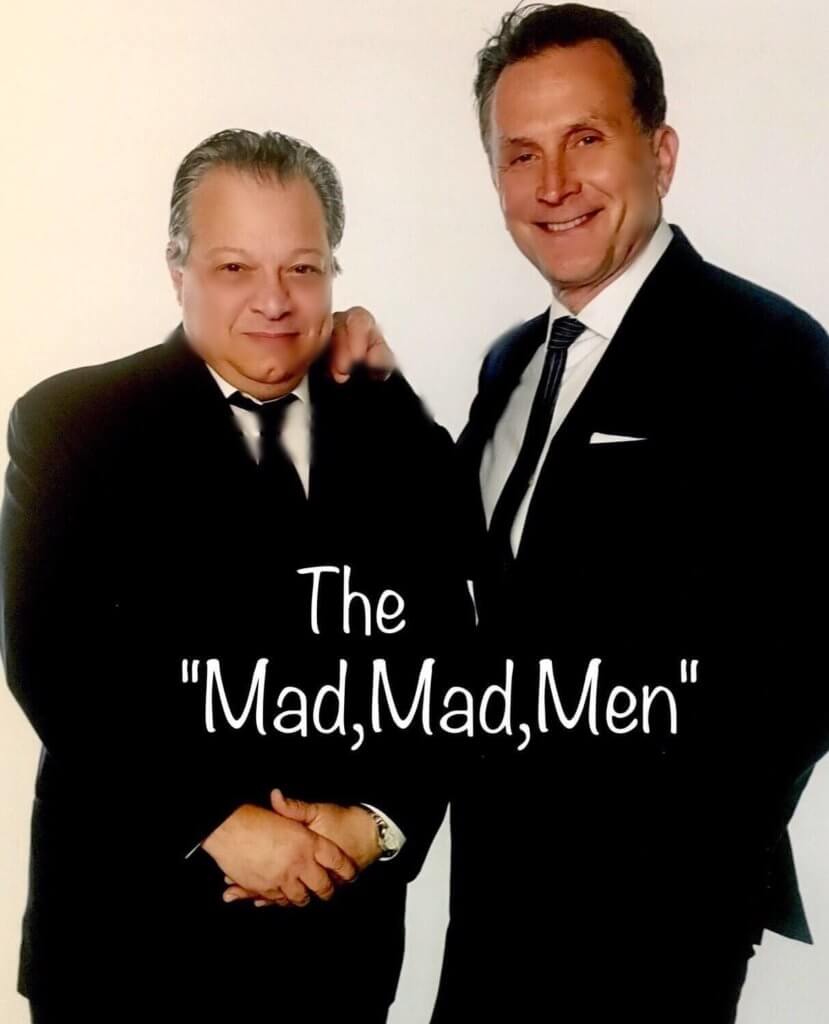 The Mad Mad Men will transport you back to the days of sharkskin suits, polaroid cameras and the whiskey sour…a time when every AM car radio played the classic tunes that would become the great American Songbook. While Frank, Dean and Sammy were Rat Packin’ it, Tony Bennett was singing about San Francisco and Nat King Cole was king!

Featured members Mark Frye and Tony Alfano are also current members of “Phil Dirt& the Dozers”, who, with depth of musicianship, comedy and notoriety have been entertaining their loyal fans from coast to coast since 1981.

So sit back, order a highball, and let “The Mad, Mad Men” take you back to 1961 for a night of memories that you’ll never forget!