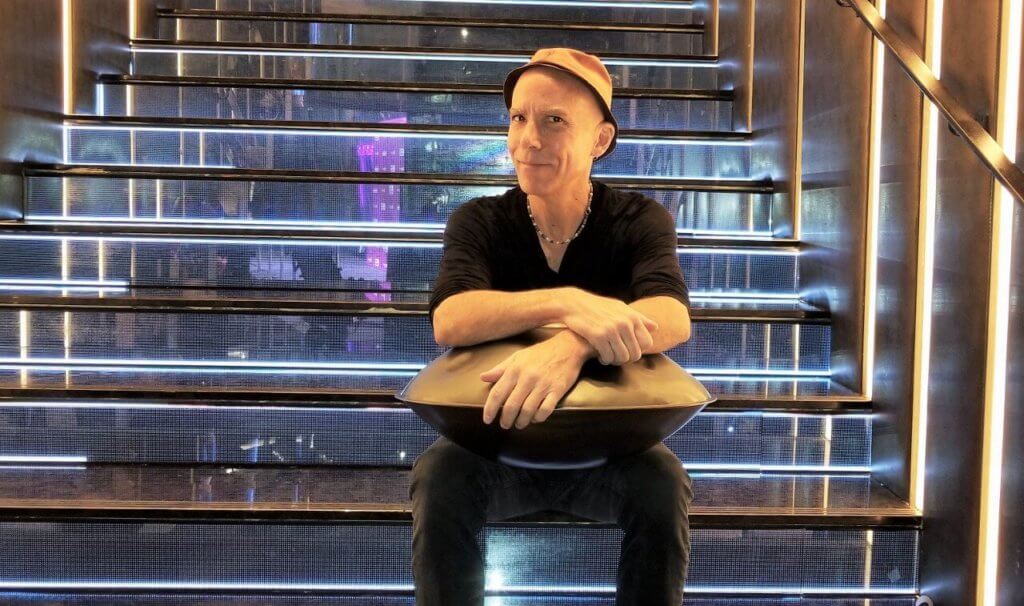 Matt Venuti is an award winning singer-songwriter who accompanies himself playing rare and captivating melodic-percussive acoustic instruments developed in Switzerland, as well as the highly expressive and dynamic Electronic Valve Instrument (EVI) wind synthesizer that he layers with a looper. He was among the first to explore these instruments and share them with the world. Matt has been named Artist In Resident In The Everglades (AIRIE Program) for the month of March and also Artist In Resident of the Shenandoah Valley for the month of September.

Matt’s a longtime bandleader with deep musical roots in San Francisco. He’s also a poet and storyteller who has a history of performing at major festivals, events and diverse venues throughout the Americas and occasionally abroad, including the Main TED conference and 4 different TEDx conferences. He tours extensively, performing over 100 solo concerts per year. He has multiple album releases that have been in the top 10 on ZMR and CMJ College Music charts.