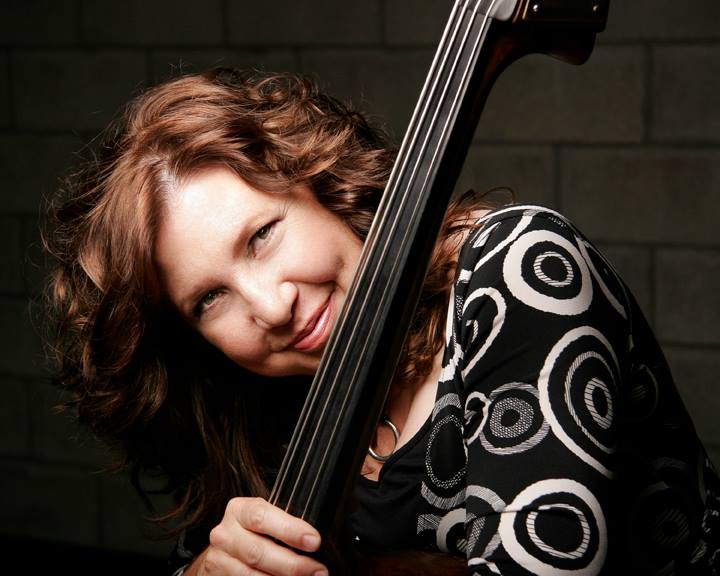 Missy Raines & the New Hip return to Natalie’s for a special show to celebrate the release of their 3rd album. Based in Nashville, Missy Raines is one of the most respected, popular, and trailblazing figures in bluegrass today. A seven-time winner of the IBMA Bass player of the year award, and a member of Allison Krauss’ first all-female bluegrass band, she has backed greats such as Claire Lynch, Mac Weisman, Kenny Baker, and Peter Rowan.

Raines now leads her own innovative and genre-bending band, The New Hip, which is a rich, jazz-tinged combination of her bluegrass roots and thick Americana. With a smoky and seductive alto, Missy Raines, heads up this trio featuring mandolin/fiddle, upright bass, and acoustic guitar. The territory The New Hip covers is broad and the compass is set by Raines, planted center stage, directing with her bass every bit as much as she’s playing it. Missy Raines and the New Hip’s new album for Compass Records is produced by Alison Brown, where the sounds are lush, the groove is thick, and the songs memorable.