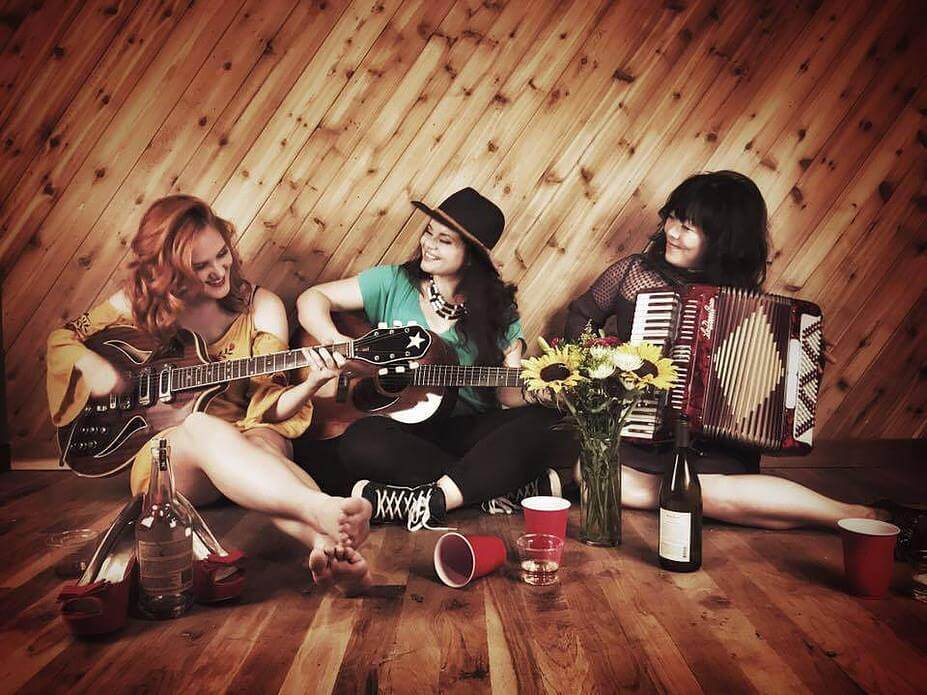 Hailing from Texas, Alabama, and Georgia respectively, now neighbors in Austin, Nobody’s Girl, an exciting new band featuring BettySoo, Grace Pettis, and Rebecca Loebe, are bewitching audiences with sumptuous harmonies and unforgettable songwriting. Friends now for a decade, they first met at the legendary Kerrville Folk Festival, each winners of the annual “New Folk” award. Luscious harmony singers, effortless instrumentalists, seasoned touring artists – they recognized what each can accomplish individually could be made all the stronger by collaboration. Now, the spark has been set, the fire lit. Their individual and collective fans are eating it up. A video of “Fast Car” garnered twenty-thousand views on Facebook within days of posting.  The harmonies are thrilling; echoes of Emmylou Harris, Dolly Parton and Linda Ronstadt’s Trio recordings. The songs are powerful and spare. The stage presence confident and assured.  Their collabortion has resulted in their forthcoming EP Waterline under the band name NOBODY’s GIRL to be released in the fall on the Lucky Hound label.