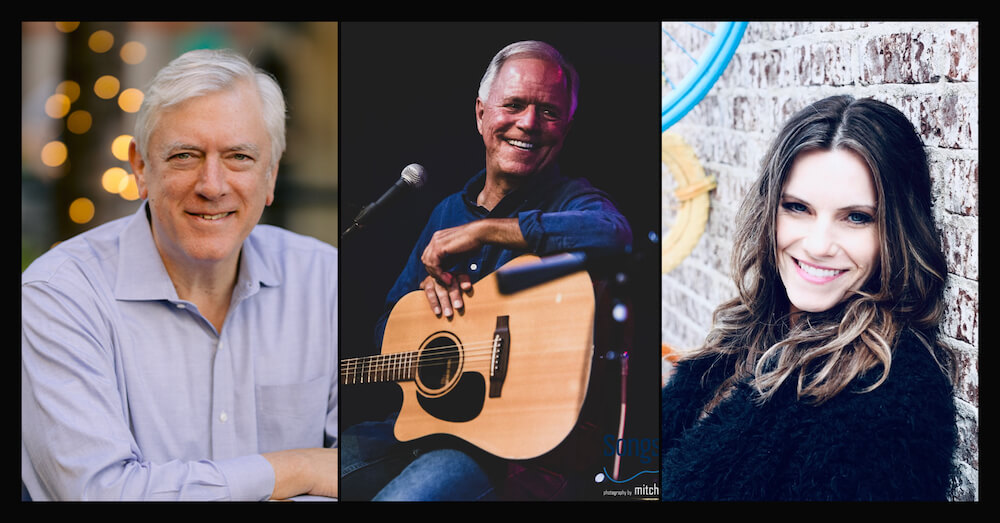 Join Parker MacDonell, Jamie Sagle, and Keith Larsen for a very special “Song in the Round” format evening of music performed by these talented singer-songwriters! Parker MacDonell has been using his original songs, voice and acoustic guitar to communicate with audiences for years.  Jamie Sagle is an energetic local singer-songwriter whose music is a life inspired eclectic chill with vibrant crescendos and thought-provoking themes. Keith Larsen was selected twice to the Songwriter’s Serenade, finishing as a finalist and semi-finalist.

A veteran of the Los Angeles club scene and college student unions across the United States, Parker MacDonell has released four recordings: Miracle on Broad Street with Matt Munhall (2017), The Present Tense (2012), Looking For You (1985) and Home to the Heart (1983).

Jamie Slagle enjoys being part of the music scene and supporting the songwriting community. She released her uplifting album “Lights & Wire”, which has upbeat bass and drums, haunting echos of guitar along with a powerful string section.

Keith Larsen’s song, “Hold On,” won the People’s Choice Award in the Nashville Songwriters Association International/Country Music Television songwriting competition. He recently headlined a solo concert at the prestigious Blue Rock Artist Ranch and Studio, in Texas, and also appears in the current season of Songs at the Center.