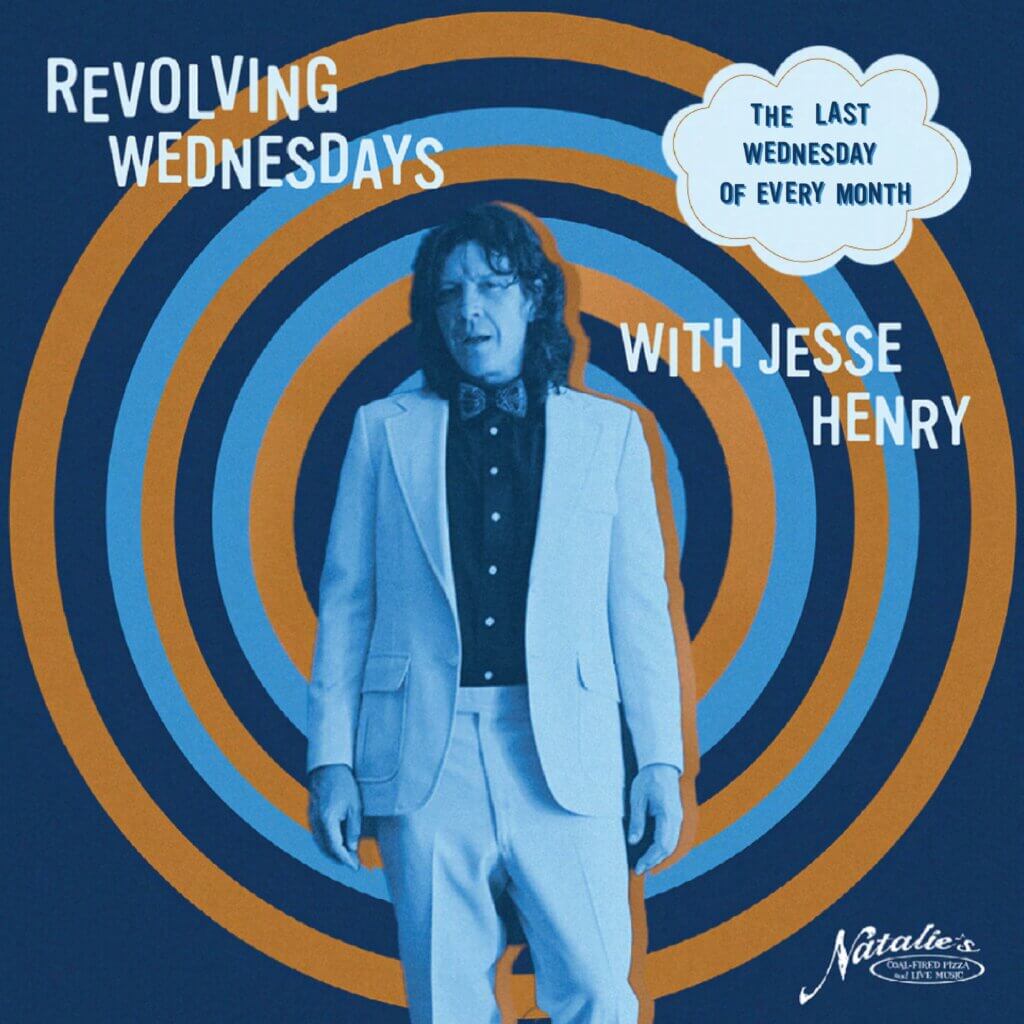 Natalie’s presents “Revolving Wednesdays with Jesse Henry”, with special guest Angela Perley. Angela has spent the past decade onstage and on the road, creating her own cosmic swirl of alt-country, psychedelic rock, and amplified Americana along the way. Her latest single, “Here For You”, written by Perley, serves as a love song to herself – a personal, guitar driven pep talk, delivered during a time of unprecedented challenges. Angela has opened for Willie Nelson, Lucinda Williams, Tyler Childers, CAAMP, O.A.R and Blues Traveller and continues her musical journey one record and show at a time.  “laying down an interesting mix of folk, Americana, and ’60s-tinged psychedelic rock that floats seamlessly between Bob Dylan and Procol Harum, sometimes within the same song.”— No Depression.

Revolving Wednesdays with Jesse Henry is held on the last Wednesday of each month, and for each concert, Jesse will showcase the multiple dimensions of his decades-long relationships with central Ohio artists. Jesse is a prolific songwriter and musician in multiple genres..a soulful singer, he earned a B.A. in jazz saxophone performance, writes instructional guitar books, and teaches guitar, piano, songwriting, and music theory. He is also the Dean of the Rafiki Music School in Nairobi, and fronts the popular band the Spikedrivers and other projects.