Rick Estrin and the Nightcats 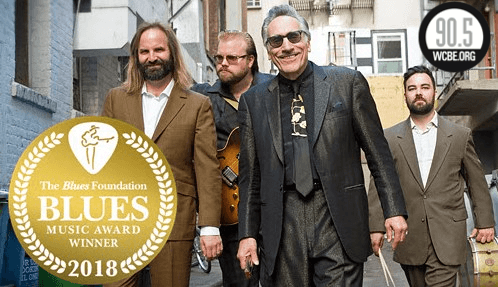 Rick Estrin and the Nightcaps, along with special guests Deuce ‘n a Quarter, take the stage at Natalie’s for a special evening of blues. With his wily and unforgettable original songs and his hipster, street-smart vocals, no one on the blues scene writes or sings like Rick Estrin. DownBeat says, “Rick Estrin sings and writes songs like the brightest wiseguy in all of bluesland and blows harmonica as if he learned at the knee of Little Walter.”  Live, the band, consisting of Kid Andersen (guitar), Lorenzo Farrelll (keyboards), Alex Pettersen (drums) is simply unbeatable. They deliver a high-energy show capable of bringing any audience to its feet.

Years of worldwide touring and a series of critically acclaimed recordings has earned Estrin five Blues Music Awards, including two nods for Song Of The Year (1994 and 2018), Best Instrumentalist – Harmonica (2013) and Traditional Blues Male Artist Of The Year (2018). The full band, Rick Estrin & the Nightcats, won the highly coveted 2018 Band of the Year award.

For more than 30 years and nine albums, Rick fronted Little Charlie & the Nightcats, flawlessly combining his songs, vocals and harmonica with Little Charlie Baty’s one-of-a-kind guitar excursions. With Charlie’s retirement from touring in 2008, Rick took over leadership of the band. He knew the only way to replace Baty’s mind-melting mashup of blues, jazz and roots rock was to find someone with an equally insane and daredevil guitar approach. As luck would have it, Kid Andersen, who had been working with another harp legend, Charlie Musselwhite, became available. “Kid’s a fearless nut on the guitar,” says Estrin. “He’s really the only guy who could fit in with us.” 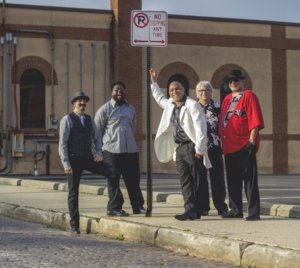 Deuce ‘n a Quarter is a strong blues band fronted by the heartfelt voice and wailing harmonica of Brian Peters. He is backed by Jeffrey Allen on guitar, John Sipher on keys, André Scott on drums and Martin O. Brown on bass. Their original music paired with covers from legendary influences such as Muddy Waters, BB King and Little Walter will resonate the soul.