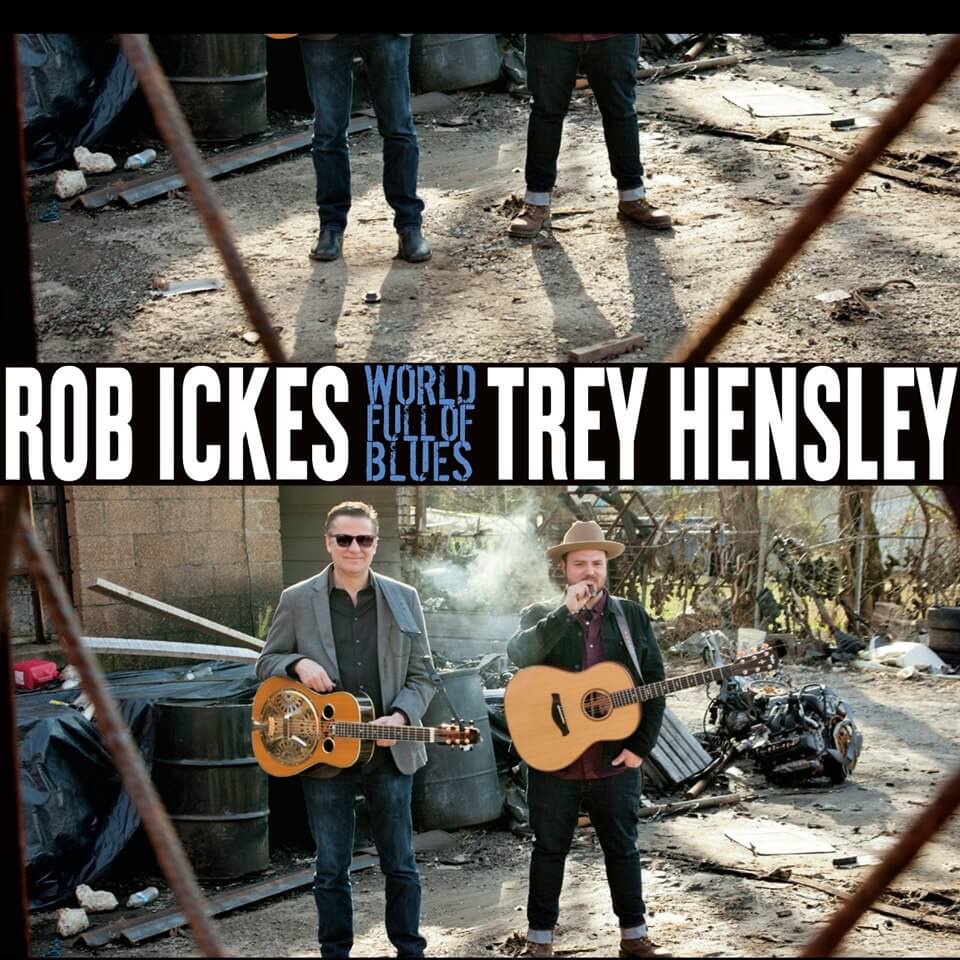 Grammy Award-nominated duo Rob Ickes and Trey Hensley are touring to celebrate the release of World Full of Blues, their brand new album being released October 4. Based on a mutual love of bluegrass, country, blues, western swing and all kinds of other string band music, the partnership of dobro player Rob Ickes (who also plays superlative lap steel guitar in the duo on occasion) and acoustic/electric guitarist Trey Hensley continues to delight and astound audiences of traditional American music around the globe. Since the duo decided to join forces and make their collaboration the focus of their touring and recording careers in 2015, after cutting their first album, Before The Sun Goes Down, on Compass Records (which was nominated for a Grammy), they have continued to bring their music to venues near and far.

Their second album on Compass, Country Blues, released in 2016, testified to the growing diversity and expansion of their collaborative talents and repertoire. Rob and Trey recently shared a number of concert bills with the great and influential mandolin master David Grisman and Australia’s fleet finger picking guitarist Tommy Emmanuel, both of whom are enthusiastic admirers of the duo.