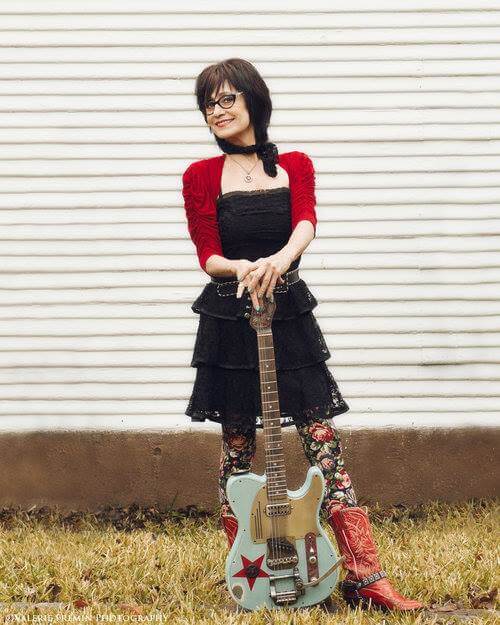 Rosie Flores returns to Natalie’s to celebrate the release of her latest album, Simple Case of the Blues. Produced by songwriter/guitarist Charlie Sexton (Bob Dylan, The Arc Angels), with an assist by guitarist Kenny Vaughan (Marty Stuart, Lucinda Williams), the record features songs by Roy Brown, Wilson Pickett, Heath Wilson, and Flores herself.

In a career that spans more than four decades, Flores has proven to be a musical chameleon. She’s jumped feet first into punk rock (with her ’70-era band, the Screaming Sirens), country of both the Bakersfield and Nashville varieties, the Texas singer/songwriter scene, alt-country, and straight-up rock and rockabilly.

Over the years, Flores has been profiled in Guitar World, Premiere Guitar and Guitar Player magazines, and has worked with, and helped propel back in to the spotlight, pioneer female rockabilly artists Wanda Jackson and Janis Martin. In 2007, she won a Peabody Award for her narration of the rockabilly documentary, Whole Lotta Shakin’.