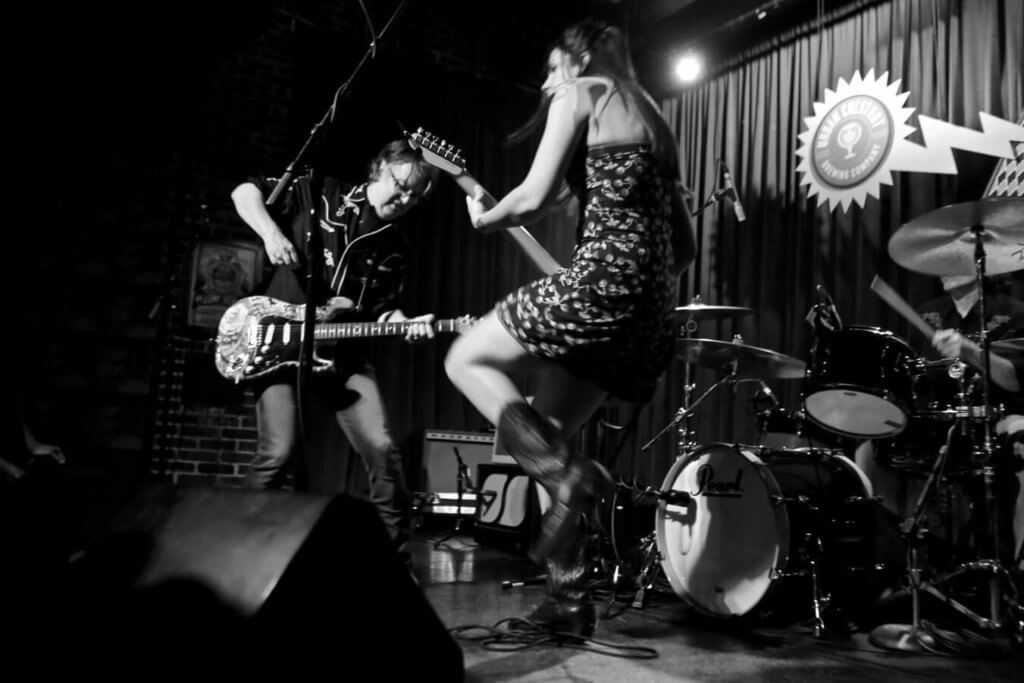 Conduct even a quick Google search and you’ll find that Sarah Borges has been dubbed everything from an Americana darling to a roots rocker to a cowpunk by tastemakers as diverse as The New York Times and Sirius XM Outlaw Country Radio. Her unbridled joy at making music two decades into a storied career comes through loud and clear in her records and live performances.

This incarnation of her Broken Singles band features guitarist-songwriter-producer Eric ‘Roscoe’ Ambel. A founding member of the Del-Lords, the Yayhoos and Roscoe’s Gang, Roscoe has also lent his fiery, inventive guitar work to the the likes of Steve Earle, Joan Jett and Run-DMC, and has produced and played on Borges’s latest two records.

The band is rounded out by Mark Ortmann (drums) and Keith Voegele (bass) on loan from roots-rock heroes the Bottle Rockets.