Scott Kirby and The Massacoustics 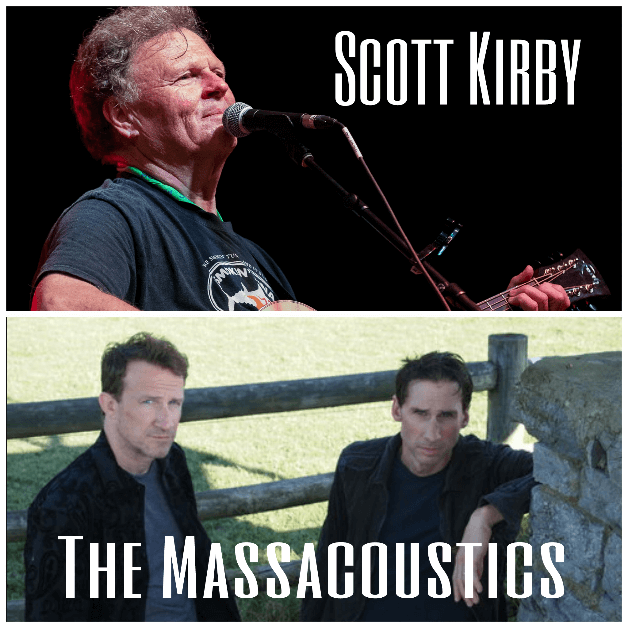 Scott Kirby returns to Natalie’s along with Matt and Andy Thompson (AKA The Massacoustics). Scott recorded “Chasing Hemingway’s Ghost” with these amazing guys , and had such great shows recently in Key West and at the Ram’s Head in Annapolis that they decided to put together a tour. Matt and Andy will back Scott up on the first half of these concerts and then play all their own material the second half.

Scott Kirby is an acoustic guitarist and performing singer/ songwriter based in Key West, Florida. He has released 7 CDs and his music is regularly heard on Sirius Radio Margaritaville. He has co-written with Russ Kunkel, Peter Mayer, Roger Guth and others and his musician style is folk-rock and Americana. He has appeared with Jimmy Buffett, Carol King, Darius Rucker, Livingston Taylor, Tom Rush, Mac McAnally, Keith Sykes and tours regularly with his band as well as solo. He sometimes tours with Peter Mayer with their acoustic group, and is a partner in The Smokin Tuna Saloon, Key West’s top music club.

The Massacoustics put a new and powerful twist on the term acoustic duo. If you take the energy of McCartney’s melodies, the confident vocals of Crowded House and added the depth of Al Green, you would get a sound similar to the infectious groove called The Massacoustics.