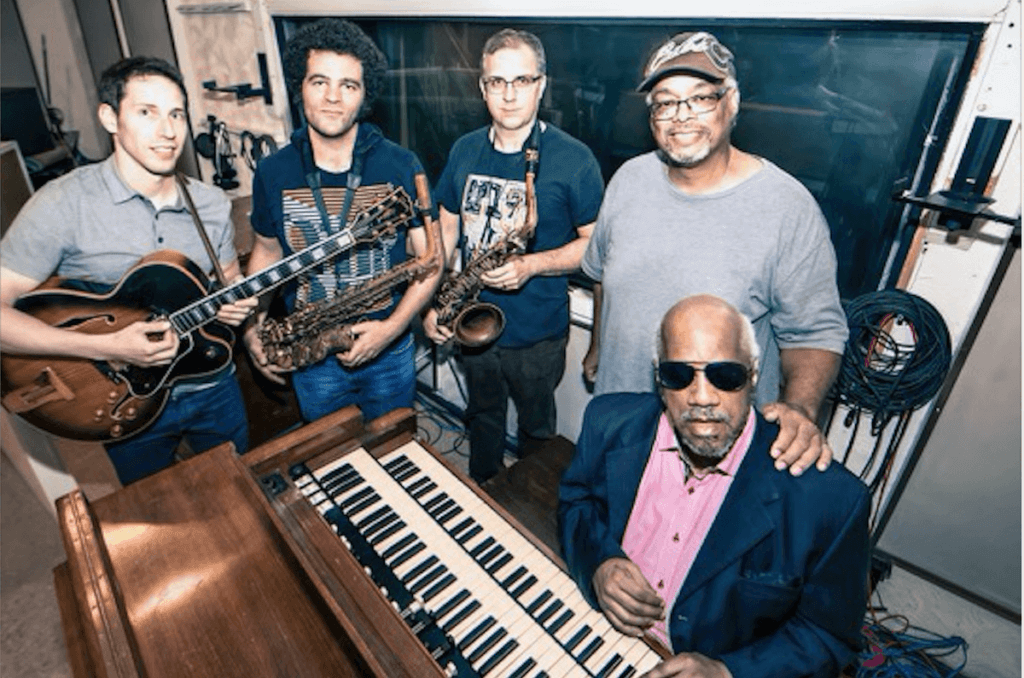 Sean Carney’s BluesFray Tuesday series continues with the Soul Message Band, a soulful and infectious group crafted around classic organ grooves and rooted in the tradition of great Hammond B3 organists like Jimmy Smith, Jimmy McGriff, Charles Earland, Jack McDuff and “Groove” Holmes. SMB is founded on the enduring partnership of Chris Foreman, the Chicago-based and nationally celebrated Hammond B3 Jazz Organist, and the always solid drummer, Greg Rockingham, aka “The Rock.” Greg and Chris have a 25-year history of collaboration, including the group Deep Blue Organ Trio. Mr. Rockingham and Mr. Foreman have an unmistakable chemistry that has taken them from Chicago to jazz clubs and arenas around the world as both headliners and as an opening group for Steely Dan. The group adds Chicago heavyweight and international musician Greg Ward on alto sax, and Lee Rothenberg on guitar. Soul Message Band is celebrating the release of their new record, Soulful Days (Delmark Records).

Sean Carney’s BluesFray Tuesday is sponsored by the Middlefield Banking Center, with Central Ohio locations in Dublin, Westerville and Sunbury. The series is held on the first Tuesday of each month, featuring Sean as host and performer, along with a variety of national and regional blues acts. An internationally known blues guitarist and singer, Sean also founded Blues for a Cure, a foundation that raises money for cancer research, education and screening organizations across Ohio.