Presented by Songs at the Center 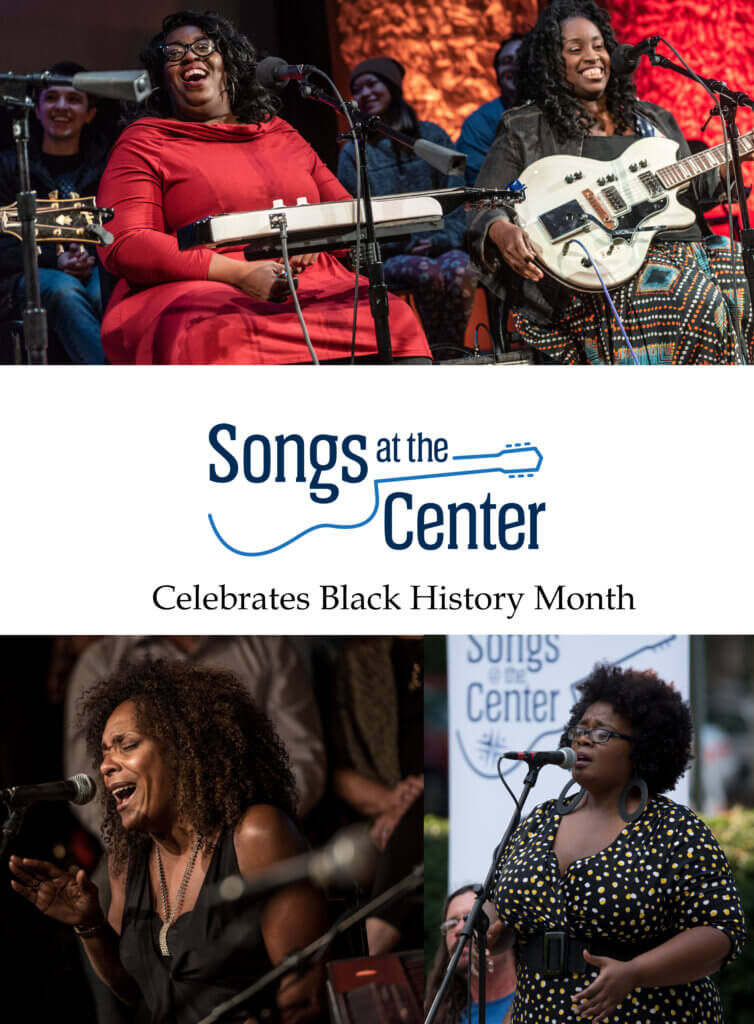 The nationally acclaimed public television series Songs at the Center, created and hosted by Eric Gnezda, celebrates Black History Month with a concert by three of the songwriters featured on the upcoming TV special. Shaun Booker, the cousin of slain civil rights activist, James Cheney, Nikki “D”, the “Jimi Hendrix of Sacred Steel guitar” (Guitar World), and Talisha Holmes, now based in Nashville will perform in an in-the-round format.

Shaun Booker (accompanied by Lewis Wexler) is a three-time semi-finalist in the Memphis Blues Challenge. Shaun has deep family roots in the civil rights movement, which contribute to her passionate, defiant vocals.

Talisha Holmes (accompanied by Brandon ‘B-jazz’ Scott) is known for her intimacy and energy as a performer. She has opened for Dwele, John Legend, Styx, Stephanie Mills, Ohio Players and others. With an eclectic style fusing jazz, blues, folk, rock and choral music, Talisha performs in Columbus when her schedule permits.